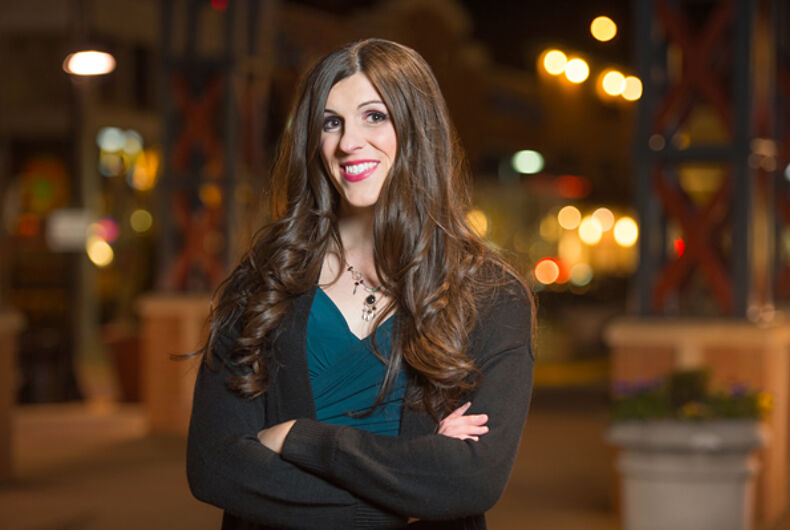 Danica Roem is one step closer to being the first out trans legislator in the country. Photo: Danica Roem, Courtesy

Danica Roem is making history in Virginia, as the first openly transgender candidate to run for the state’s General Assembly, now facing off against anti-LGBTQ lawmaker Bob Marshall in the general election after winning her primary.

Marshall has refused to debate her, and has even misgendered her in the press.

Now, to add further insult, Roem says her campaign has received reports that anti-trans robocalls are going out to resident’s of Virginia’s 13th District.

“I’ve now heard from three people that there is an anti-transgender robo push poll going out to homes in the 13th District right now demagoguing transgender kids that’s being used to attack me,” Roem wrote on Facebook.

“The rhetoric mirrors the same anti-transgender crap Del. Bob Marshall (R-13) uses in his fundraising emails and my sources are telling me it’s from the American Principles Project,” Roem continued.

The American Principles Project is a conservative think tank. Its press releases include headlines like, “LGBT Totalitarianism Comes to Minnesota Schools,” in a criticism of helping students struggling with gender dysphoria.

“We’re not going to let Del. Marshall and his anti-LGBTQ allies get away with this hate speech,” Roem added.