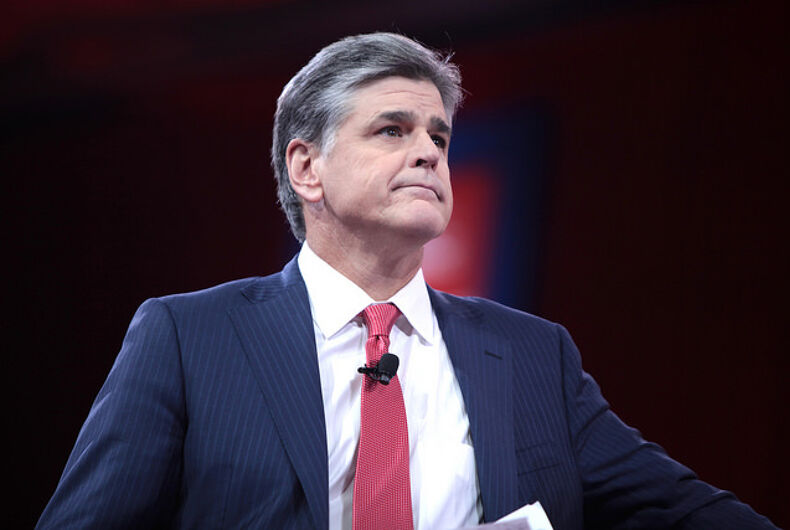 Every so often we are reminded that Fox News host Sean Hannity has been saying despicable, anti-LGBTQ nonsense since he first started in media.

Audio from his days in college radio at KCSB, the UC Santa Barbara college station, has reemerged, forcing Hannity to address his history of anti-gay comments.

In April of 1989, his show featured antigay activist Gene Antonio, who came on to plug his book claiming to “tell the truth” about HIV/AIDS. The homophobic remarks, conspiracy theories, and insults to a fellow broadcaster at the station who called in to complain, would end up getting him thrown off the air. 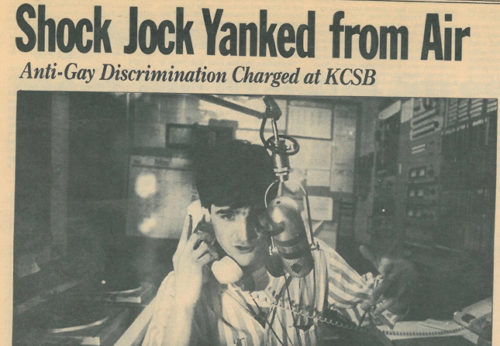 “What is the cover-up all about that the media is hiding from the general public? Contrary to what we hear in the general media, you can get AIDS from saliva, from tears,” Hannity said, The Washington Post reports. “They won’t let you say it’s a gay disease.”

Hannity also claimed that gay people were somehow “brainwashing” the public to keep the issue quiet, supposedly to avoid some sort of backlash when the public learns the severity of the epidemic.

In fact, activists like those in ACT UP, formed two years previous, were out in the streets screaming at the top of their lungs, desperately trying to get people to pay attention.

When Jody May-Chang, host of the show “Gay and Lesbian Perspectives,” called in to complain, the men mocked her for the way her son was conceived. Hannity told her he felt sorry for her child.

You can hear more audio from the show in the article Media Matters published about on it in 2015.

When the station fired him, in response to complaints from May-Chang and others, he ran to the ACLU for help.

The organization came to his aid and helped get him his show back, but when he demanded an official apology and double the time-slot, the station said no and he walked.

Hannity told The Independent he’s changed when it reached out for comment.

“Almost 30 years ago when I was starting out in radio in my 20’s, I interviewed a controversial guest who made several incendiary comments,” he said in a statement. “I was young and stupid with no clue how to do a show. I’m actually very libertarian on social issues and people’s personal lives.”

“I’m now 55 years old and yes, I freely admit the comments in my 20’s were ignorant and embarrassing,” he added.

He provided no explanation for much more recent anti-LGBTQ comments, like pushing discredited antigay smears against former Department of Education official Kevin Jennings, and claiming he is afraid that it will eventually become illegal to teach your child “that being gay is not normal.”

Hannity has also praised the Values Voter Summit, hosted by the virulently anti-LGBTQ Family Research Council, the “premiere conservative event now in the country.” He has been a guest in year’s past, and this year, for the first time ever, the sitting president will speak at the event.

Interview: Congressman John Lewis on how to hold onto hope in the dark days of Trump