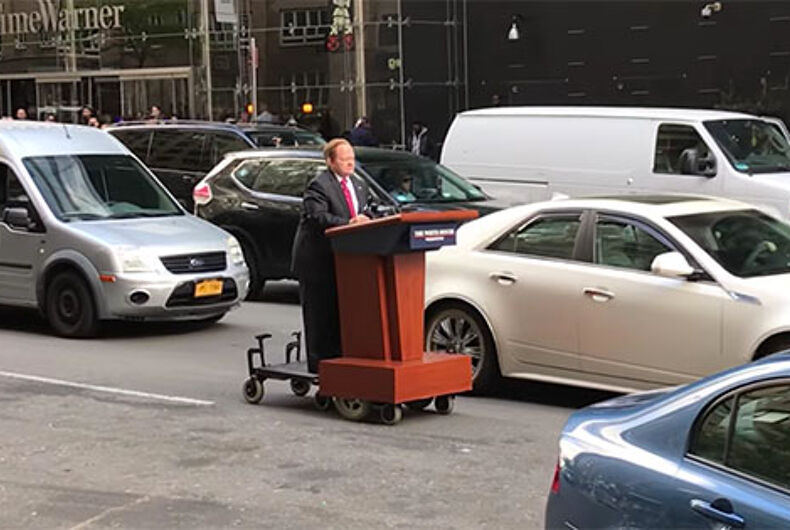 Set your DVRs now: Melissa McCarthy returns to Saturday Night Live to play White House Spokesman Sean Spicer this weekend, and this time, Spicey is taking his mobile podium on a road trip in Midtown Manhattan. 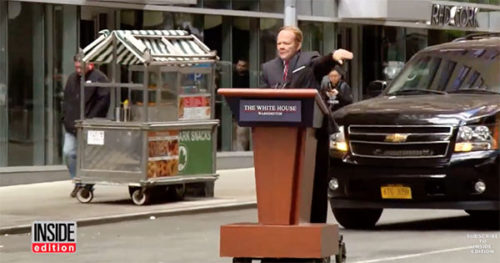 The show returns with a live episode Saturday night hosted by McCarthy herself. and it’s bound to be chockful of Spicer spoofs.

When Friday has you feeling extra Spicey. #FridayFeeling #SNLLiveCoastToCoast pic.twitter.com/7CZKDHAKyK

McCarthy has played Spicer three times so far on the show, portraying the press secretary as a frustrated and furious man who wears high heels, chews enormous wads of gum and uses dolls and leafblowers to get his points across to the news media.

Last month she played Spicey dressed up as the White House Easter bunny. 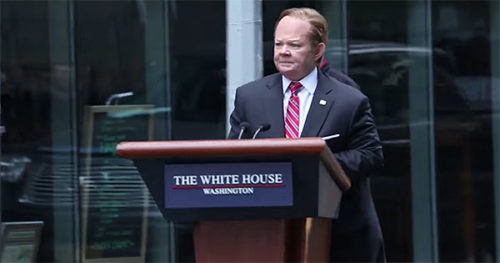 Friday’s taping of the mobile podium skit was shot on West 58th Street in New York City, outside the Time Warner Center near Columbus Circle.

That’s one very crowded thoroughfare, and that appeared to be part of the punchline as McCarthy, dressed up and made up to resemble the cantankerous spokesman, shouted at drivers as she weaved her way through traffic.

And this being NYC, everybody seemed to have a camera to record the skit.

“C’mon!” she yelled at slowly passing drivers in what appears to be a Segway with a faux White House Podium attached.