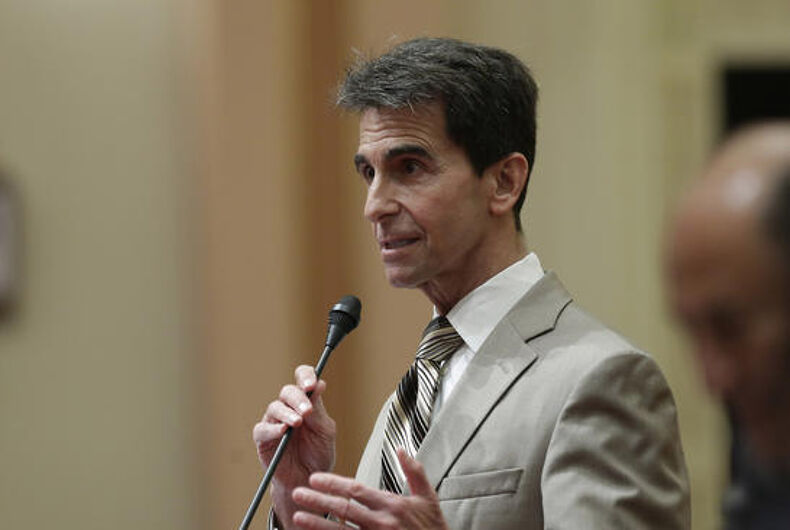 Mark Leno is the first person to announce their candidacy for the San Francisco mayoral race.Photo: Rich Pedroncelli/Associated Press

The San Francisco metro area has more LGBTQ residents than any other American city, and has long been at the forefront in the fight for civil rights.

Yet the city has never had an openly gay mayor. That could be about to change, as former State Senator Mark Leno announced he would run in 2019 to take the seat that will be left vacant by Ed Lee.

Leno is a political force with which to be reckoned, meaning that even if the race will be a tough fight, he won’t be taken lightly by his opponents. He is regularly described as being widely liked, even by his political rivals.

San Francisco has had openly gay mayoral candidates in the past. Bevan Dufty ran in 2011, and Tom Ammiano ran a write-in campaign in 1999.

Leno hopes to succeed where they fell short, despite strong efforts.

San Francisco’s most famous gay politician, Harvey Milk, also known as the “mayor of Castro Street,” was cut down in his prime, murdered at 48, during the first year of his promising political career. Milk, as the first openly gay person elected to public office in California, showed the societal import of one of our own taking office.

Milk, like Obama after him, knew that you “gotta give ’em hope.”

While the laws in San Francisco are not regressive against the LGBTQ community, that does not mean that there isn’t still immense value in having us visible in the highest offices, both to inspire others to run, and to better represent our interests to our allies in power.

“Nothing about us without us,” as the saying goes.

The scandal free Leno would also be a welcome contrast to openly gay Seattle’s Mayor Ed Murray, who has been accused of child sexual abuse by several individuals.

The election of Leno would also be notable nationwide, showing that even in a time of increasingly right-wing politics nationally, LGBTQ history is still being made.

These are issues well understood by groups like Run for Something that encourage women and minorities to run for elected office. The group recently got a boon of national attention and economic backing when Hillary Clinton announced her initiative, Onward Together, to provide support to five progressive organizations, including Run for Something.

Making matters even more interesting, one possible contender is Kara Swisher, a lesbian and the co-founder of tech site Re/code. Swisher said last year she would enter the 2023 mayoral race, but in March let on that she could run sooner, reports the Bay Area Reporter.