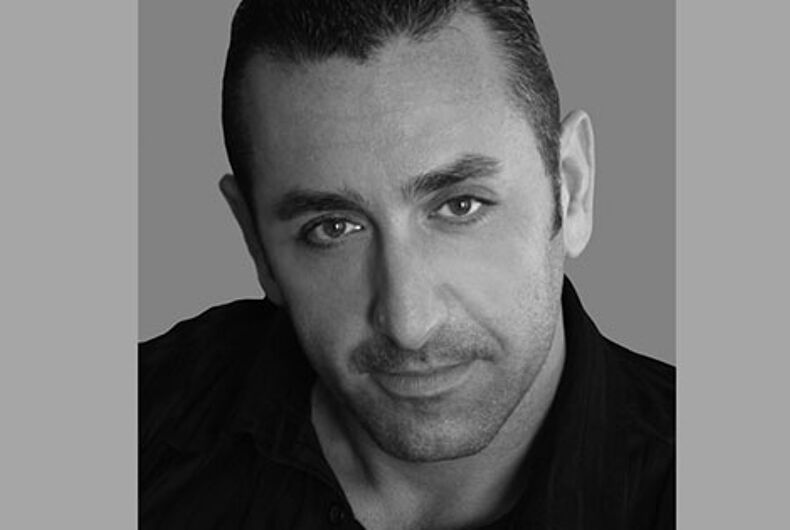 A gay man’s heart-wrenching survival story is earning rave reviews and accolades, and it’s not because he wrestled a bear or endured being stranded on a desert island or climbed the sheer face of a mountain.

And he lived to write about it in his stunning memoir, The Inheritance of Shame, which debuted Tuesday at a bookstore in Long Beach, California.

Gajdics was in his early 20s when his parents rejected his sexual orientation. In 1989, he sought help from a psychiatrist in British Columbia who medicated him, and more: he wrote in his memoir that a licensed psychiatrist called Dr. Alfonzo put him through what he described as an experimental form of primal therapy that sought to regress him emotionally to a childlike state so that he could be “re-parented.” This treatment, his doctor informed him, would “cure” him of his homosexuality.

“At a time in history when a change of government and a strike of the pen could rescind legal decisions and set human rights back decades, I remind myself that perhaps now more than ever the world needs true-life stories, road maps, and an empathetic voice from those who’ve gone before,” said Gajdics in an emailed statement.

The author said he wrote his memoir in hopes his story might become a call to action, to put ex-gay therapy, what is often referred to as reparative therapy, out of business once and for all. This barbaric treatment is now outlawed by nine states and three cities. Connecticut and New Mexico were the latest states to sign a ban into law.

In his book, excerpted on the next page, Gajdics reveals the frightening experience of being treated by Dr. Alfonzo: