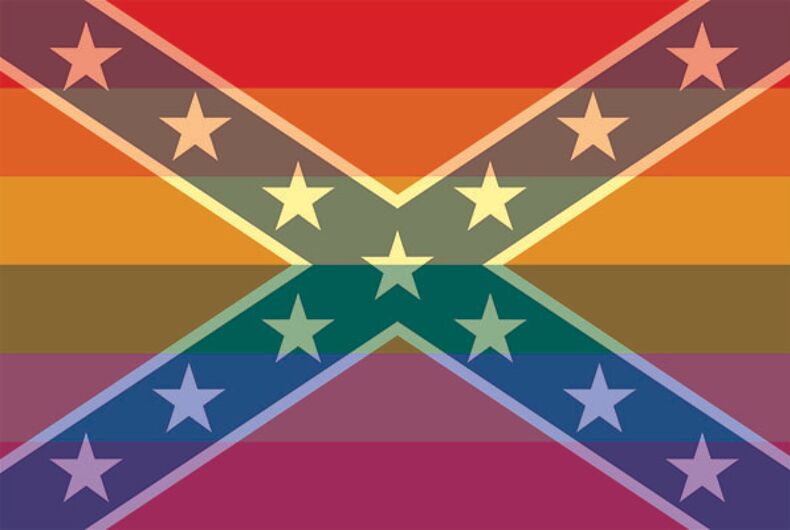 Queers are bringing slavery back to the South, according to Bryan Fischer, the anti-LGBTQ host of a radio program from the American Family Association, as JoeMyGod reported.

For the government to force someone to do work that violates his conscience is nothing less than tyranny. And for a man to be compelled under threat of punishment to perform work against his will is slavery.

Fischer was on a rant, celebrating last week’s Kentucky appeals court ruling that supported businesses that chose to discriminate against LGBTQ customers on the basis of “religious freedom.”

The “license to discriminate” ruling was Fischer’s opening to compare our civil rights battle to the one waged by opponents of civil rights in America.

The reality is that the LGBT lobby is the reincarnation of some of the worst elements of the mindless prejudice of the Old South in its irrational venom toward people (Christians) who are not like them. The rainbow flag is the new Confederate flag. It is as much a symbol of bigotry as that flag ever was in the minds of the left.

Kentucky’s court of appeals upheld a lower court ruling that a T-shirt maker was not legally required to print T-shirts for a local Pride festival because it was against his religion. And Fischer was joyous.

Bottom line: in Frankfort, Kentucky, homosexual activists tried to reintroduce slavery to the Deep South. They failed in the attempt. And the Constitution’s protections for religious liberty and freedom of speech were upheld.