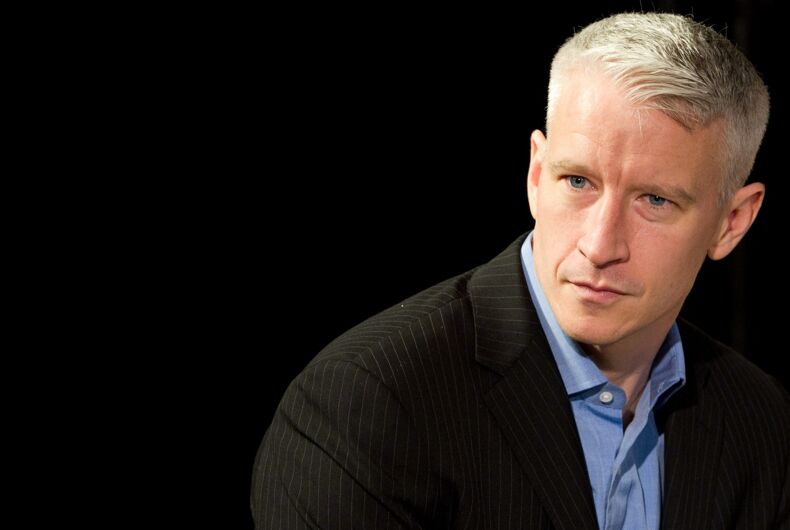 Anderson Cooper has apologized for a comment he made to President Trump supporter Jeffrey Lord, calling it “crude” and “unprofessional.”

Cooper, who drew headlines when he rolled his eyes at Kellyanne Conway’s attempts to deflect away from Trump’s firing of former FBI director James Comey, and the claims being made at the time by the administration that he was let go due to his handling of the Clinton email scandal. Trump later admitted that wasn’t the reason, citing the investigation Comey was heading up into ties between his campaign and Russia.

During a segment on Friday, Lord said he wasn’t worried about Trump telling Russian officials that he fired Comey because he was “a real nut job” and he wanted to ease the pressure of the investigation.

“If he took a dump on his desk, you would defend it,” Cooper told Lord. “I don’t know what he would do that you would not defend.”

"If he took a dump on his desk you would defend it." 💩@andersoncooper what? 😲 pic.twitter.com/nD8ZfZKtVN

Cooper apologized later, both on air and in a tweet.

I regret the crude sentence i spoke earlier tonight and followed it up by apologizing on air. It was unprofessional. I am genuinely sorry.

Lord laughed off the remark, when it occurred as well as on Twitter.

is my colleague and a friend for whom I have the highest professional and personal regard. Message America? It's ok 2 laugh!