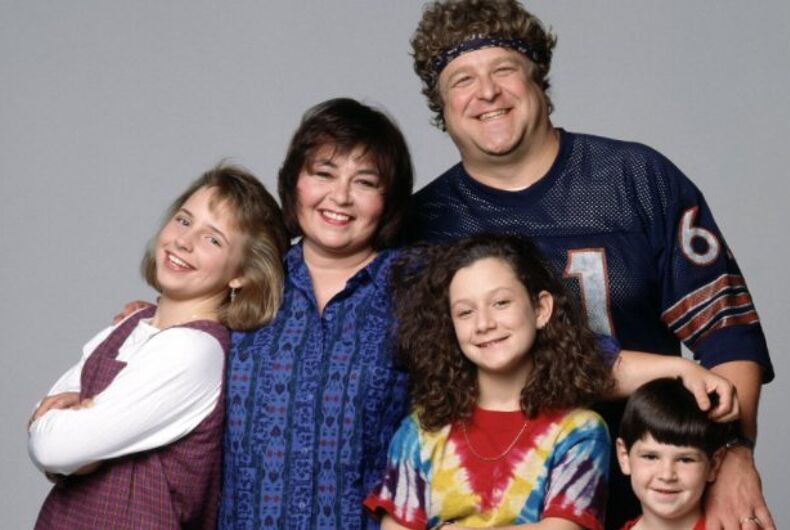 The cast of RoseannePhoto: publicity photo

With NBC rebooting Will and Grace, ABC has reached into its own ideas bag and come up with something stuck, like used gum, way down in the bottom. The alphabet network announced Tuesday it will officially reboot the 90’s sitcom “Roseanne” for eight episodes.

Given that America is now led by a famous loudmouth from the last century, ABC hopes bringing back another favorite politically-flavored icon from the heady Age of Clinton will bring in liberal middle aged viewers.

All of the show’s former stars are returning – including both actresses who played the character Becky. (Awkward.) John Goodman will be back even though his character died at the end of the series. Even the original executive producers will return.

Goodman recently joined former co-star Sara Gilbert on The Talk for a “mini-reunion” sketch centered around Gilbert’s coming out. No one can say we weren’t warned.

“The Conners’ joys and struggles are as relevant – and hilarious – today as they were then, and there’s really no one better to comment on our modern America than Roseanne [Barr],” ABC Entertainment president Channing Dungey said in a statement.

Because with Trump in the White House, “relevant” and “hilarious” are both up for interpretation along with “facts” and “winning.”

Swipe right on this dating app for everyone Grindr forgot