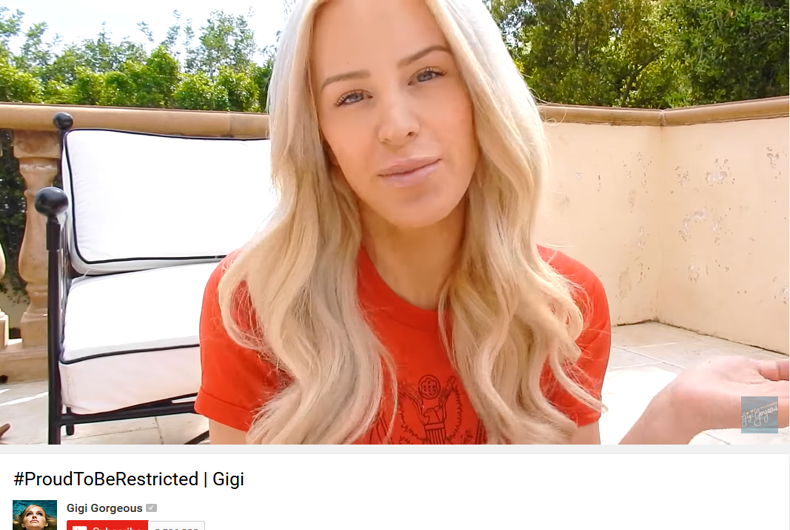 YouTuber Gigi Gorgeous talked about how videos talking about being a lesbian were filtered on YouTube.Photo: Screenshot/YouTube

YouTube’s developers have responded to an uproar caused by its “restricted mode” filter blocking LGBTQ content, saying that the problem has been solved.

After a thorough investigation, we started making several improvements to Restricted Mode. On the engineering side, we fixed an issue that was incorrectly filtering videos for this feature, and now 12 million additional videos of all types — including hundreds of thousands featuring LGBTQ+ content — are available in Restricted Mode.

Wright did not go into detail about changes made by developers, but Engadget reports that YouTube’s team reviewed many of the censored videos in an effort to train its algorithm. The result is that 12 million videos are no longer filtered in restricted mode.

Wright also said that there’s a form that content creators can fill out if one of their videos is inappropriately filtered, because the system will “never be 100 percent perfect.”

Among the many LGBTQ videos that were picked up by the filter was this one from a lesbian couple exchanging wedding vows:

One YouTuber posted on Twitter that videos related to her bisexuality were filtered but not videos on other topics, showing that LGBTQ content was being targeted by the algorithm:

With the click of a button YouTube's restricted mode makes me appear straight. Even when you dig/type in my name + bisexuality, this happens pic.twitter.com/JKbivanJdS

And another YouTuber asked why homophobic content wasn’t being filtered, if all that the algorithm was looking for was key words like “gay”:

Wright listed the kind of content that would appropriately be blocked in restricted mode: