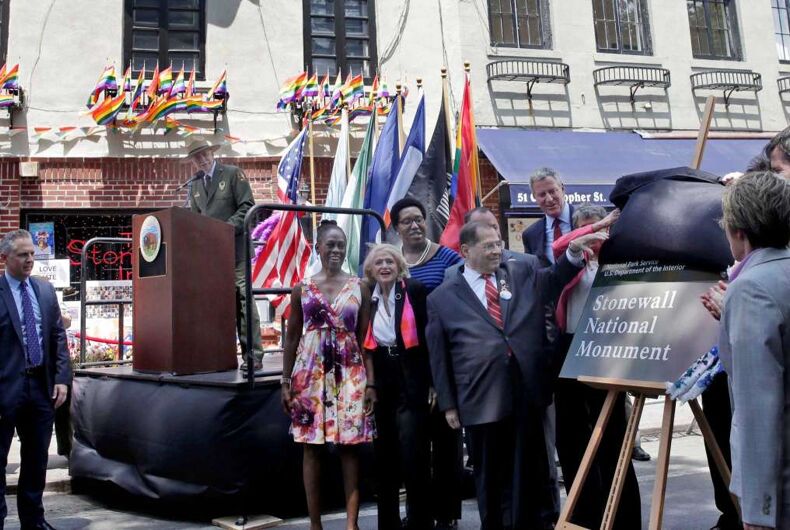 President Donald Trump will sign an executive order on Wednesday that could undo some national monument designations made by his predecessors, The Salt Lake Tribune reports.

The order will instruct the Department of the Interior secretary to look at the designations made over the past 21 years “to discern whether their size and scope are within the law’s intent, a move that tracks clearly with concerns of members of Utah’s federal delegation about the use of the unilateral presidential power in designating monuments.”

A senior White House official, not permitted to speak publicly about the order, said most likely in the crosshairs are  “President Bill Clinton’s 1996 naming of the Grand Staircase-Escalante National Monument” but that it was mainly “prompted by President Barack Obama’s last-minute naming of Bears Ears National Monument in December.”

1.35 million acres of Bears Ears has been protected with Obama’s order, and is cited as important in the fight against climate change as well as for its Native American heritage.

Could the “law and order” president, who so often speaks out against protesters, also set his sights on undoing the Stonewall Inn’s national monument designation? After all, let’s not forget that Stonewall was a riot, where members of the LGBTQ community tired of being pushed around and humiliated by police fought back for their rights.

While the Stonewall National Monument, designated as such in June 24, 2016, the first to honor the LGBTQ rights struggle, was not named by the official as a concern. Still, it is hard to predict what might come next from this administration, making it difficult to rest easy and assume the honor is here to stay.

Trump has so far not focused on LGBTQ issues much, tied up instead with issues of immigration, healthcare, and tax reform, but he has appointed a number of anti-LGBTQ lawmakers to his Cabinet, and the LGBTQ community has been left off a number of federal surveys.

If Trump were to strip a national monument of that designation, it would be a first by a president. However, there is precedent for scaling back those designations, which is what seems most likely.

Trump would face a serious backlash if he were to try to take one away completely, including the Stonewall National Monument.

It’s not time for serious alarm at this point, but this order is yet another issue to keep your eye on in an administration that is moving fast on many fronts.