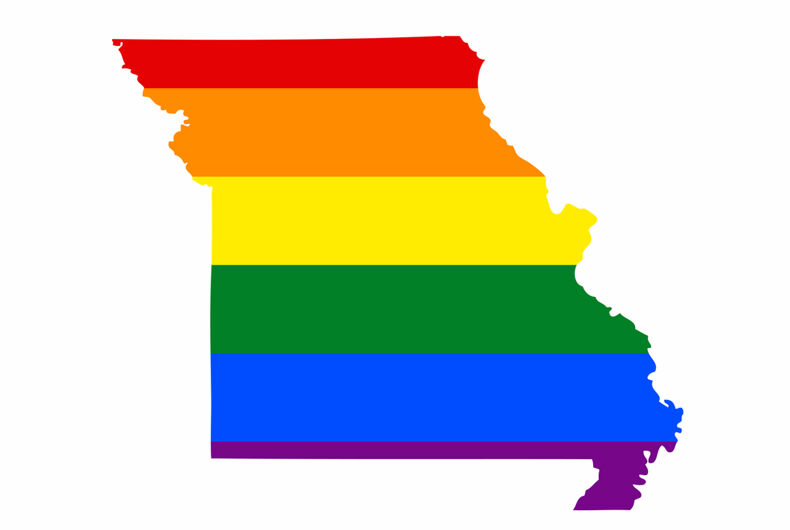 It’s legal now in Missouri to fire someone or evict them from an apartment if they are gay, and efforts by some state lawmakers to outlaw such discrimination are dwindling as the session nears a close.

“Until we pass this legislation, I can still be fired from my job because I’m gay,” Razer said. “The two of us can go to a restaurant tonight here in Jefferson City and be forced to leave because we’re gay, and we would have no legal recourse. We feel that in 2017 in the state of Missouri, that would be unacceptable.”

The only openly gay Republican in the Missouri General Assembly, Rep. Tom Hannegan from St. Charles, also testified in favor of the bill.

Opponents contend that adding sexual orientation and gender protections would infringe on the rights of certain religious groups.

Alyssa Johnson of Concerned Women for America said requiring protection of LGBT communities would go directly against her religious convictions as an evangelical Christian.

Rep. Gina Mitten, a St. Louis Democrat, said the same arguments were once used to argue against racial equality and interracial marriage.

Brian Bunten, general counsel for the Missouri Chamber of Commerce and Industry chamber, testified that the group could not support the addition of protected classes as long as current discrimination law leaves businesses at risk of frivolous lawsuits.

But Sarah Baker, the legislative and policy director for the American Civil Liberties Union of Missouri, said 90 percent of Fortune 500 companies prohibit discrimination on the grounds of sexual orientation.

With the legislation still stuck in committee, House Republican, Rep. Kevin Engler, wants to make a last-ditch effort to pass LGBT protections by adding them to a separate bill dealing with employment discrimination law.

That bill raises the burden of proof for plaintiffs wishing to sue employers for discrimination, and Democrats hate it so much they oppose using it as a vehicle to expand LGBT rights.