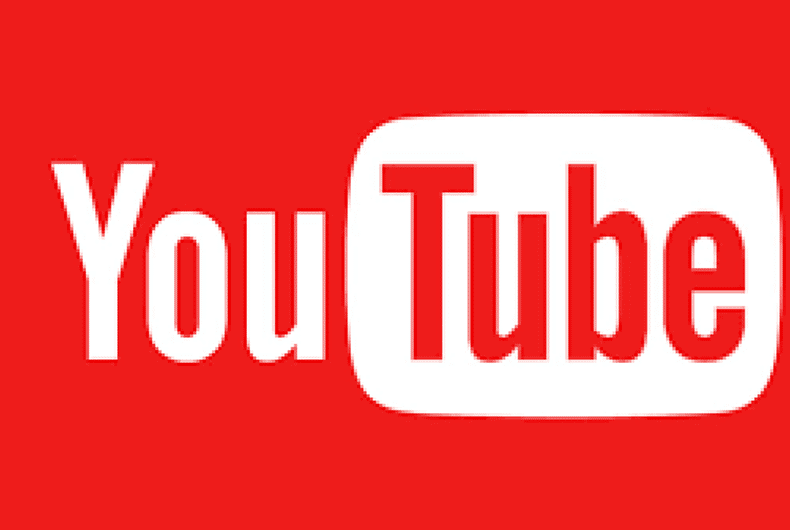 The YouTube video shows two women, dressed in suits and ties. They smile; they sniffle back tears; they gaze into each other’s eyes. They are reading their wedding vows to one another.

The four-minute video titled “Her Vows” contains no nudity, violence or swearing. There’s no revealing clothing. No one is engaging in activities that have a “high risk of injury or death.” And yet, YouTube had deemed the video unsuitable for people under 18.

YouTube acknowledged Monday that it might have made a mistake, saying in a tweet, “Some videos have been incorrectly labeled and that’s not right. We’re on it! More to come.” The restriction on the vows video was lifted by Monday afternoon. But others — including one from YouTube celebrity Tyler Oakley titled “8 Black LGBTQ+ Trailblazers Who Inspire Me” — remained on YouTube’s age-restricted list.

Several YouTube users, many of them have in the lesbian, gay, bisexual and transgender community, have been complaining that their videos are categorized as “restricted” for no obvious reasons.

The “restricted” designation lets parents, schools and libraries filter out content that isn’t appropriate for users under 18. Turning on the restriction makes videos inaccessible. YouTube calls it “an optional feature used by a very small subset of users.”

It’s unclear whether the types of videos in question are now being categorized as “restricted” for the first time, or whether this is a long-standing policy that is only now getting attention. More likely, it is the latter.

U.K.-based YouTube creator Rowan Ellis made a video criticizing the restrictions last week. This video itself was restricted, though YouTube has since reclassified that video as OK. In an email, Ellis said YouTube needs to reach out to the LGBTQ community to explain “how this system works, and how it came to flag like this, if it was indeed an error and not a deliberate targeting.”

This is not the first time, and probably not the last, that an internet company is mired in controversy about what types of content it restricts. Facebook has faced similar complaints, for example, with its removal — and later, reinstatement — of a Pulitzer Prize-winning photo of a naked, screaming girl running from a napalm attack in Vietnam.

The latest complaints spawned the hashtag #YouTubeIsOverParty over the weekend.

YouTube followed that statement with another hours later: “We recognize that some videos are incorrectly labeled by our automated system and we realize it’s very important to get this right. We’re working hard to make some improvements.” The statement offered no further explanation.

YouTube content creators can decide to age-restrict their videos themselves. But that’s just one of the ways sensitive content is filtered out. YouTube says it also uses “community flagging,” which means users who have a problem with content in a video can flag it to YouTube for possible restrictions or removal.

But just because something is flagged, it is not automatically removed. Once a video is flagged, YouTube says it reviews it.

“If no violations are found by our review team, no amount of flagging will change that and the video will remain on our site,” YouTube says in its online support page.

What sorts of content gets filtered out in restricted mode can vary by region, based on countries’ varying community standards. In general, though, it includes “sexually explicit language or excessive profanity,” or violence or disturbing content, according to YouTube’s policies.

YouTube’s rules also state that videos “containing nudity or dramatized sexual conduct may be age-restricted when the context is appropriately educational, documentary, scientific or artistic. Videos featuring individuals in minimal or revealing clothing may also be age-restricted if they’re intended to be sexually provocative, but don’t show explicit content.”

Videos that show adults engaging in “activities that have a high risk of injury or death” may also be age-restricted.