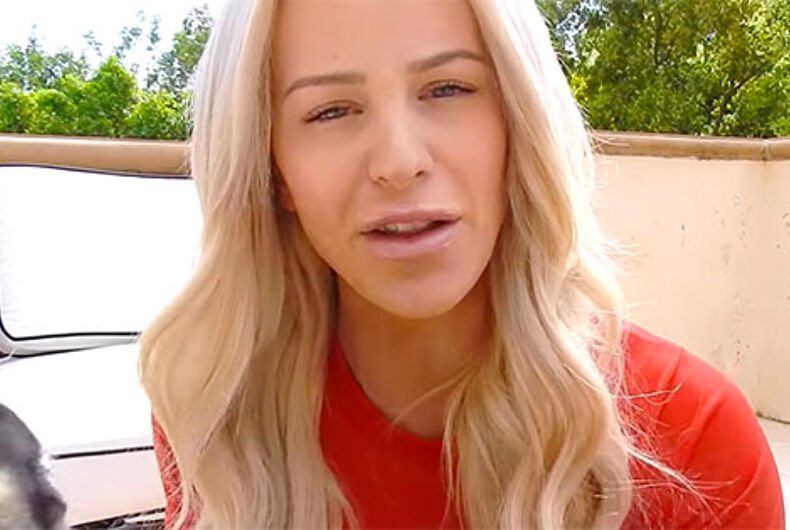 YouTube has provoked anger among some of its biggest stars over a new, unannounced policy that filters the videos of LGBTQ users as suitable only for adults, and has issued a statement — but has not revoked the restrictions.

Impacted were such prolific users as Gigi Gorgeous with 2.5 million subscribers, Arielle Scarcella with more than 525,000 subs and Stef Sanjati with more than 435,000 loyal fans. Even up and coming YouTubers including Rowan Ellis and Melody Maia Monet saw their videos restricted.

Filtering my Orlando Pride and Pulse Tragedy vids is NOT #orlandounited. I am #orlandostrong. Joining the #youtubeisoverparty

“LGBTQ youtubers, like Gigi Gorgeous and myself, have discovered that ‘restricted’ mode decimates our content,” Monet told LGBTQ Nation in an online conversation. “My channel is cut down to five videos and some, like my coming out video, are not what I would think of as adult at all.”

“The filter has two positions. On and off. There is no way to select content. This is very disturbing as it seems to feed into the current political climate of stifling the LGBTQ community.”

Gorgeous and Sanjati addressed their complaints in videos, posted to YouTube.

This “restricted mode” is not new; as The Guardian reported, it is set to “off,” by default, but can be turned on by the user to automatically filter “potentially inappropriate” content. Google, which owns YouTube, is now applying restricted mode to videos based on “community flagging, age restrictions, and other signals” it receives.

Just looked at my videos with the "restricted mode" on. Seeing a bit of a theme here…

Over the weekend, several popular LGBTQ vloggers and video creators discovered that hundreds of their videos on everything from dating, attraction, and their personal experiences had vanished, because of this new restriction, and that the videos were now defaulting to the “on” setting. A hashtag spread on Twitter: #YouTubeIsOverParty, with many users noting that anti-LGBTQ and anti-Islam videos were not being restricted.

Bisexual users, who every day struggle against erasure, were also hard hit by the restriction:

With the click of a button YouTube's restricted mode makes me appear straight. Even when you dig/type in my name + bisexuality, this happens pic.twitter.com/JKbivanJdS

A message to our community … pic.twitter.com/oHNiiI7CVs

“‘Looking into it’ tells me that some programmers are getting a talking to this morning,” Monet said, “and being asked tough questions like ‘why the hell is this happening people?’

And it’s not just LGBTQ content, according to The Verge. Some users complained even pop videos by Taylor Swift have been ghosted by YouTube.

Editor’s note: the link originally published for Arielle Scarcella’s channel sent readers to a fan channel, not the authorized channel Scarcella actually uses. The link has been changed and her actual subscriber total adjusted to reflect she has more than half a million subscribers. Scarcella also has a second channel that was also impacted by the restriction, GirlfriendsTV.