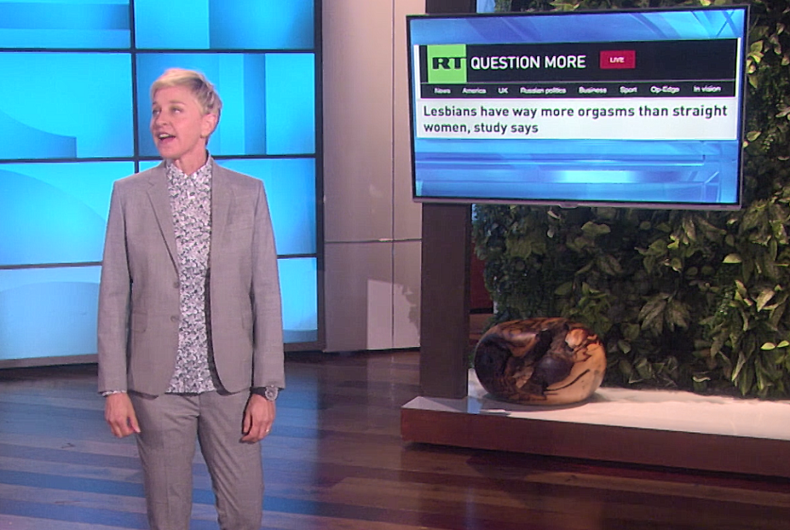 Ellen DeGeneres zeroed in on a recent study showing that Americans are having less sex in a segment of her talk show.

The study, published in the Archives of Sexual Behavior, used data from the General Social Behavior survey from 1989 to 2014 to compare changes in the rates of sexual intercourse. The study found that the drop in the frequency of sex reported in the survey mostly came from couples who live together, who reported having sex 60 to 62 times per year in 1989 but 53 times a year in 2014. The drop started in the 2000’s and was seen across races, regions, and education levels.

The study also found that there was a larger percentage of the population living single, and single people tend to report having sex less frequently than coupled people.

Ellen’s take was, of course, not focused on the numbers in the study. Ellen blamed Netflix, and even came up with a rhyme to remember to turn off the computer and have some fun.

Towards the end of the segment, Ellen reminded viewers of a study that found that lesbian women were around one-third more likely to report that they regularly orgasm during sex compared to straight women. She said she hopes this information “helps” some people out there.

Trump admin. deletes LGBTQ questions on yet another federal survey