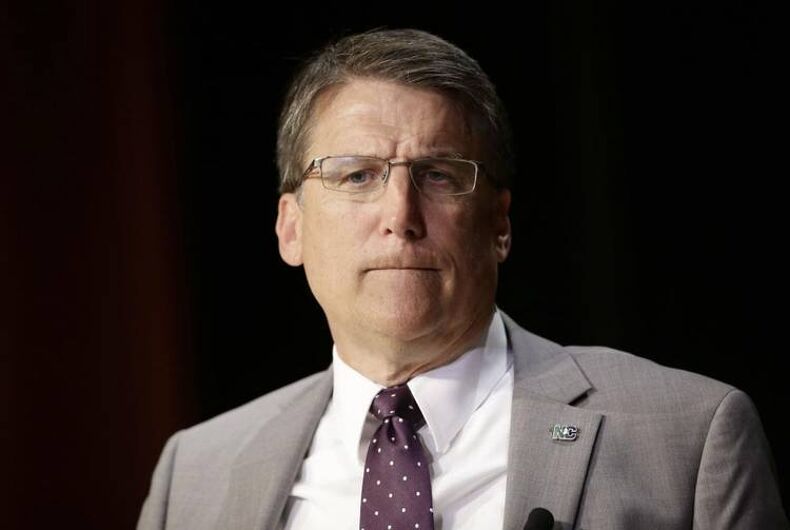 Voting rights watchdog group Democracy North Carolina is calling on state and federal prosecutors to launch a criminal investigation to be launched against both he and the North Carolina Republican Party over unfounded voter fraud claims.

Democracy NC released a report on Tuesday, following a five-month long investigation into around 600 votes protested by McCrory and the GOP after he lost his reelection bid to Democrat Roy Cooper, including reviewing meeting minutes and other public records.

The group found that fewer than 30, less than five percent, of those challenged ballots were illegally cast or counted, with most of those “apparently cast by accident or out of ignorance of the voting rules for probationers, rather than any intent to cheat.”

Bob Hall, the watchdog group’s executive director, said the 16-page report would be sent to district attorneys in 23 counties and federal prosecutors in the state, Raleigh’s News & Observer reports.

“In the course of our investigation, we talked with dozens of people who have been harmed by the false accusations of voter fraud trumpeted by the McCrory campaign and the Republican Party and their publicity team,” Hall said in a statement. “They are the victims of what happens when outrageous claims of voter fraud are used as a weapon for political gain.”

“Agents of the McCrory campaign prepared Election Protests that charged individuals with voter fraud and then recruited local Republican leaders to file the protests without revealing to them the tenuous nature of the charges,” according to the Democracy NC statement.

“Many of the local Republican protest filers said they were ‘left hanging,’ ‘got screwed,’ or felt ‘disappointed’ or even “victimized,'” it read.

“The actions of the McCrory/NCGOP team subverted and delayed the regular canvasses, diverted staff and administrative resources, threatened to corrupt the results of a fair election, and burdened county and state boards of elections at a time when they were already under great stress,” the statement continued.

“The accusations harassed and harmed individual voters emotionally, damaged their reputations, exposed them to public ridicule, intimidated them with unfamiliar and warrantless legal proceedings to void their ballot, and maligned their character.”

Robin Hayes, chairman of the NCGOP, dismissed the report as a “shameful and outrageous” attack.

McCrory has had a rough go of it since leaving office, even before this news, with no Trump appointment materializing, hecklers chasing him down an alleyway in D.C., and friends dropping by the wayside after he signed the anti-LGBTQ law HB2, bringing about massive boycotts and his own downfall.

Fired! Say ‘Buhbye’ to Bill O’Reilly with a look back at his worst moments

That ‘kill the gays’ preacher has a new target: Katy Perry’s parents