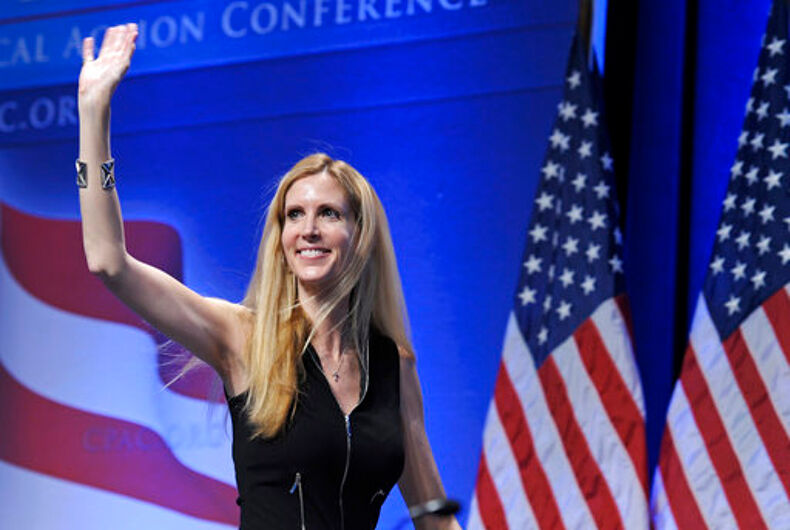 The University of California at Berkeley students who invited Ann Coulter to speak on campus are threatening to sue the university if it doesn’t find a proper time and venue for the conservative pundit to speak next week.

Harmeet Dhillon, who represents the Berkeley College Republicans, said in letters sent Friday to UC Berkeley’s Interim Vice Chancellor Stephen Sutton and chief attorney Christopher Patti that if Coulter is not allowed to give a speech on campus on April 27 she will file a lawsuit in federal court because the university is violating the students’ constitutional right to free speech.

“It is a sad day indeed when the birthplace of the Free Speech Movement, is morphing before our eyes into the cemetery of free speech on college campuses,” wrote Dhillon, a committeewoman to the Republican National Convention for California and former vice chairwoman of the California Republican Party.

Berkeley officials on Tuesday informed the Berkeley College Republicans and the nonpartisan BridgeUSA, which organized the Coulter event, that it was being cancelled due to security concerns.

The cancellation comes after a series of violent clashes this year on campus and in downtown Berkeley between far-right and far-left protesters who come armed with pepper spray, Molotov cocktails, brass knuckles and soda cans filled with concrete.

Chancellor Nicholas B. Dirks said that police have “very specific intelligence regarding threats that could pose a grave danger to the speaker,” her audience and protesters if the event goes ahead next Thursday.

Officials offered an afternoon event on May 2, when they can offer an “appropriate, protectable venue” but Coulter rejected it, saying she is not available that day. She also tweeted, “THERE ARE NO CLASSES AT BERKELEY THE WEEK OF MAY 2.” The period is known as Dead Week, when students are studying for final exams.

Dhillon said the university offered eight possible venues for the event students had planned to take place between 7 p.m. and 9 p.m. but then abruptly cancelled the event.

Patti said in a letter to Dhillon that university police and officials have determined neither the group’s free speech nor the safety of the university’s 36,000 students can be safeguarded on April 27.

Coulter has vowed to speak at Berkeley on that date.

Scottish council candidate compares being gay to her attraction to gorillas