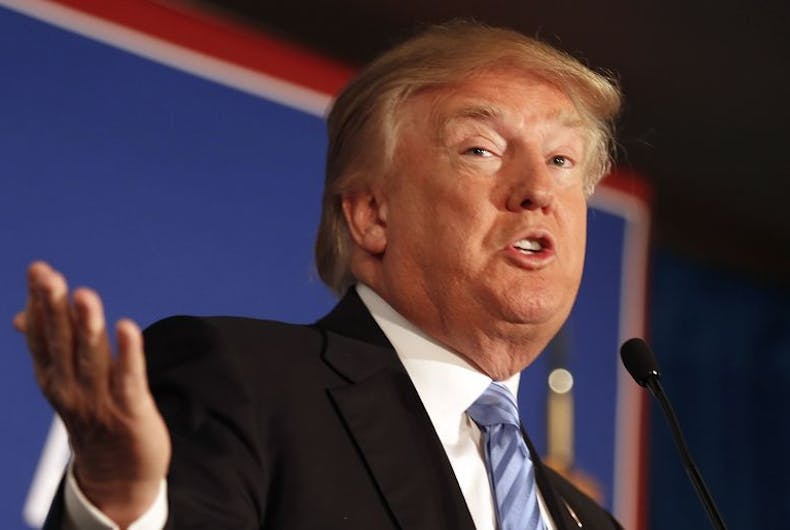 Donald Trump’s job approval ratings continue to drop. On Saturday, his approval rating dropped to 37 percent according to Gallup figures, the lowest it has gone since he took office two months ago. On that same day, a whopping 58 percent said they disapprove of the job he is doing as president.

By Sunday, his approval rating went up slightly, to a still unimpressive 39 percent, with 55 percent saying they disapprove.

The numbers are nearly the exact reverse of what former president Barack Obama received on his way out of office, with Gallup reporting 59 percent approving and just 37 percent disapproving, for the time period of Jan. 16-19.

The new data comes at a time when Trump is looking to overcome rumors of discord among his administration, to see his Supreme Court nominee Neil Gorsuch get through the approval process, and try to build support for the Republican healthcare plan, as well as for Trump’s cut-heavy budget.

Meanwhile, Trump seems to think that the poll came from CNN, despite the fact that they simply reported on it.

Trump tweeted out on Monday morning a condemnation of the network.

Just heard Fake News CNN is doing polls again despite the fact that their election polls were a WAY OFF disaster. Much higher ratings at Fox

As the Washington Post notes, Trump sent out the tweet approximately ten minutes after the Gallup poll was discussed on CNN’s New Day program.

The Post also notes that CNN’s polls, conducted with pollster ORC, were generally in line with the polling average compiled by RealClearPolitics at the end of the 2016 campaign.

CNN’s final poll was conducted in late October. It showed Clinton with a six-point lead, at a time when the average had her up by 5.5 points, right before the race tightened.

It also notes that the RealClearPolitics data was broadly accurate, with national polls showing Clinton leading by 3.2 points. Despite losing the Electoral College vote, and thereby the election, Clinton won the popular vote by 2.1 points.

Donald Trump was a fan of that poll, proudly tweeting it out.