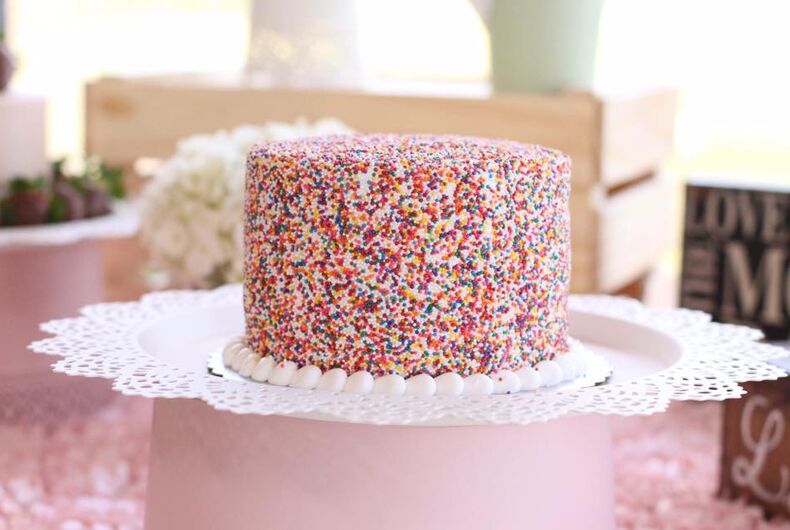 A Florida bakery that refused to make a cake with an anti-gay message was found not guilty of discriminating against a customer who requested a message the owners found “hateful,” News Service of Florida reports.

Orlando area bakery Cut the Cake first attracted the attention of religious conservatives after it was targeted by Arizona evangelist Joshua Feuerstein, who called on April 1 to request a cake that read: “We do not support gay marriage.” Owner Sharon Haller asked if it was a prank call before saying her bakery wouldn’t put a hateful message on a cake.

Little did she know, she was being recorded. Feuerstein posted the conversation to YouTube and Haller began receive harassing and threatening messages. She said she believes the man who filed the discrimination suit was inspired by Feuerstein’s call to action.

Robert Mannarino accused Cut the Cake of religious discrimination for refusing to make a cake that said, “Homosexuality is an abomination unto the Lord.”

But Haller and her daughter Cyndol Knarr, who co-owns the bakery, said they didn’t technically refuse the Mannarino’s request. Knarr gave him a quote over the phone — $150 per letter, for a total of close to $6,000 — and then hung up before completing the order when Mannarino said he was recording the call.

“Petitioner did not offer evidence or elicit testimony that Cut the Cake refused to provide him a baked good specifically because he was a Christian. (In fact, all Cut the Cake did was quote a price for the cake, then hang up the phone without completing his order),” he wrote.

The judge further questioned the authenticity of Mannarino’s claim that he is a Christian. Though Mannarino told the court he “reads the Bible often,” according to the judge’s Thursday ruling, he was “unable to provide another biblical verse from memory” when pressed. He also claimed that the phrase he requested was a direct quote from the Bible, but the judge could find no evidence to support that.

A previous ruling by the Florida Commission on Human Relations also found that the bakery was not a place of public accommodation, which Culpepper affirmed.

Haller and Knarr said the attack on their business has had financial repercussions, thanks to a slew of false online reviews, and they are just ready to move on.

“[It’s] ridiculous that we got singled out and all that happened over something we thought wasn’t even a real phone call,” Knarr told The News Service of Florida. “I’m just ready for everything to be over with, honestly.”

Is LGBTQ community infighting a sign we’re becoming our abusers?