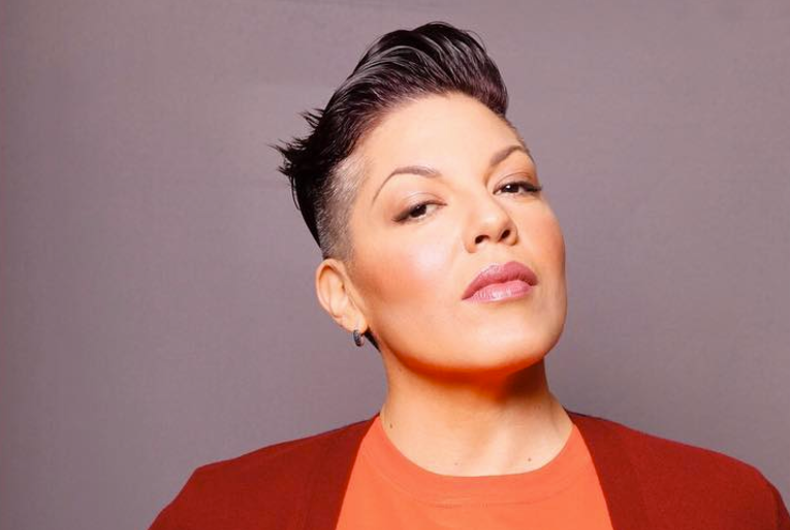 Bisexual Grey’s Anatomy star Sara Ramirez is speaking out against biphobia in an episode of ABC’s “The Real O’Neals,” circulating a petition asking the network she once worked for to take responsibility.

Ramirez — who came out as bisexual last October and played bisexual surgeon Callie Torres on the ABC medical drama — said she was “disheartened and disappointed” by a biphobic joke made by the show’s openly gay character Kenny. On the Jan. 17 episode of “Real O’Neals,” Kenny (played by Noah Galvin), compares bisexuality to having “webbed toes” or “money problems.”

Ramirez added that she would not be supporting ABC.

And as someone who worked 4 them 4 10 years+,am truly disheartened & disappointed quite frankly.I will invest my brand where I'm respected. https://t.co/NQQAPDsFlU

Following the initial complaints of biphobia from viewers in January, PFLAG — which worked with ABC on the episode — apologized for missing the offensive joke.

“We were so focused on the family acceptance portion of the episode that we completely missed the joke,” PFLAG said in a statement. “In hindsight, we should have caught it and we blew it. We should have done better and we will definitely do better next time. As allies we have a responsibility to own it when we mess up.”

Ramirez suggested that ABC follow in PFLAG’s footsteps and own their mistakes.

Galvin defended the show on Twitter last month, saying that it “respects and loves the bi community,” and that the joke was meant to reflect a teen’s fear of losing his boyfriend to a girl.

“I am sorry if we offended anyone. I hope you know our show fights for visibility and inclusivity and we will do better in the future,” he said, adding, “BUT, we also have to remember, it’s a comedy.”

Police officer who refused to ‘tone down’ his ‘gayness’ sues

Gay Fox News host Shep Smith tears into Trump: ‘We are not fools’