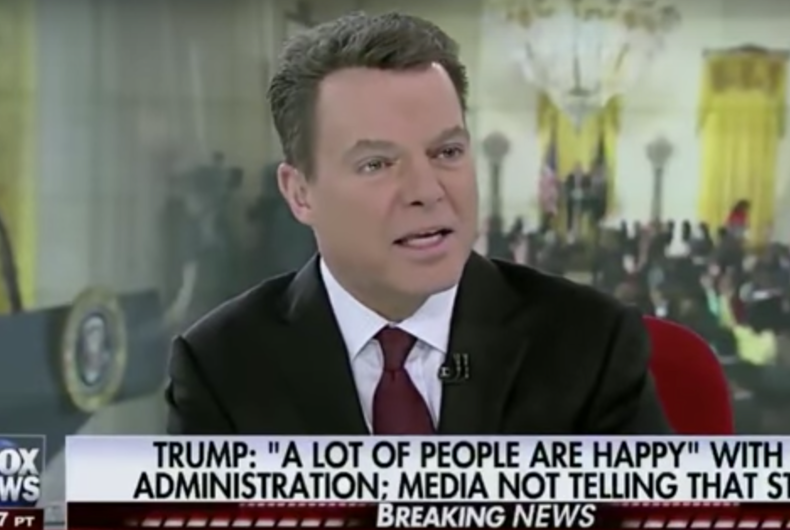 In particular, Smith took issue with the president’s refusal to answer questions from CNN reporter Jim Acosta about the administration’s ties to Russia.

“It’s crazy what we’re watching every day,” Smith said after Trump’s news conference. “It’s absolutely crazy. He keeps repeating ridiculous, throwaway lines that are not true at all and sort of avoiding this issue of Russia as if we’re some kind of fools for asking the question. Really? Your opposition was hacked and the Russians were responsible for it and your people were on the phone with Russia on the same day it was happening and we’re fools for asking the questions? No sir.”

Smith drove the point home: “We are not fools for asking the question and we demand to know the answer to this question. You owe this to the American people.”

Trump supporters are calling for a boycott and the ouster of Smith from Fox, calling him the “new Megyn Kelly.”

Watch Smith’s takedown of Trump below.