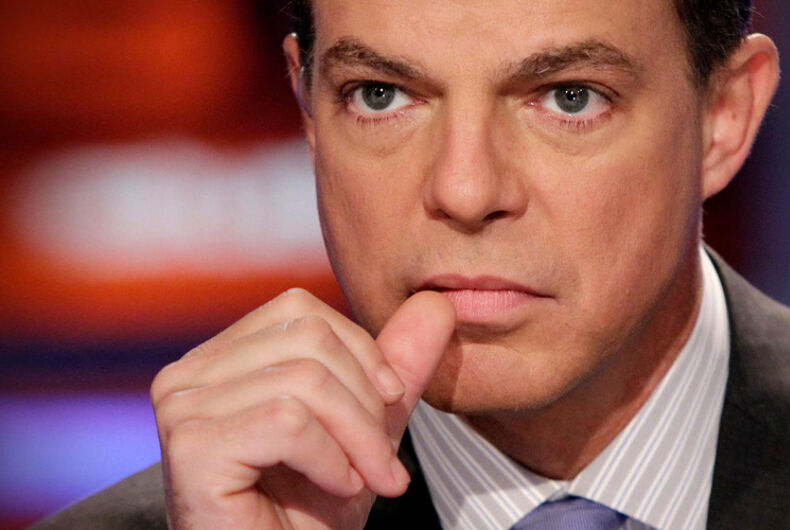 While Shep Smith has long been known to be gay, he’s never officially come out of the closet. In an interview with Huffington Post today, the Fox News anchor finally opens up about his sexuality after the reporter directly addressed it.

Smith, a longtime supporter of NLGJA: The Association of LGBTQ Journalists, never actually says the words “I’m gay,” but, instead, acknowledges that he is by answering a question about former Fox News chairman Roger Ailes’ reported homophobic comments about him and other journalists.

While it has long been rumored that the powerful Republican operative, who left the company under a sex scandal to lead Donald Trump’s campaign, prevented Smith from coming out, the anchor says that isn’t the case.

“That’s not true,” Smith said. “He was as nice as he could be to me. I loved him like a father. I trusted him with my career and with ― I trusted him and trusts were betrayed. People outside this company can’t know [how painful that betrayal was]. This place has its enemies, but inside, it was very personal, and very scarring and horrifying.”

“He treated me with respect, just respect. I wasn’t new in the business when I came here ― I’d been doing reporting for 12 years ― but I wasn’t old in it either, and he gave me every opportunity in the world and he never asked anything of me but that we get it right, try to get it right every day. It was a very warm and loving and comfortable place.”

Smith, who has been featured in Out magazine’s Power 100 list, has long been treated by the community like fellow journalist Anderson Cooper or actress Jodie Foster. Both were also regularly featured by various publications as powerful queer individuals before they were officially out. None of the three would actually deny their sexuality, but hesitated to disclose their truth out of fear for the career ramifications.

Cooper has since become a powerful advocate for LGBT people, while Foster has retreated from all opportunities to help the community. Hopefully, Smith will follow in Cooper’s footsteps instead of Foster’s.