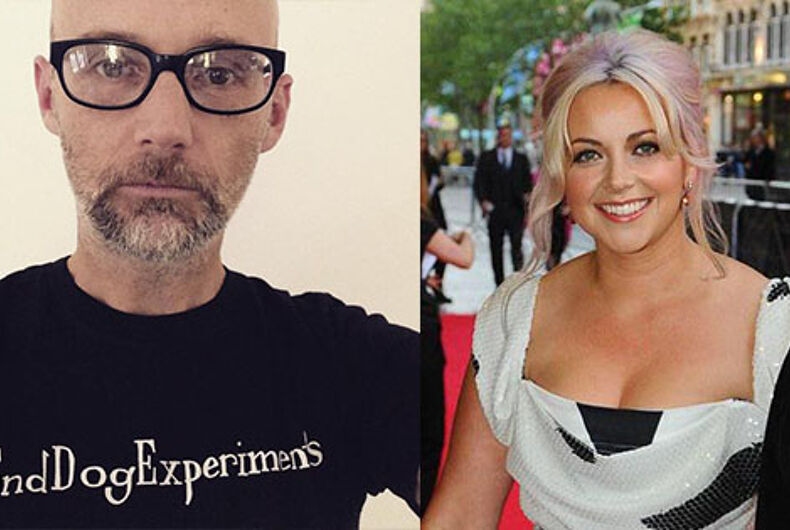 The slate of performers scheduled to appear at the inauguration of president-elect Donald Trump remains paper thin, and now three more artists have publicly announced they want nothing to do with the event or Trump himself.

Charlotte Church and Moby each shared their responses to the invitations they received via social media. Church was asked to perform at the inauguration ceremony and Moby said his booking agent received an inquiry about whether he would DJ an inaugural ball. Church went so far as to reply to Trump personally in her tweet:

@realDonaldTrump Your staff have asked me to sing at your inauguration, a simple Internet search would show I think you're a tyrant. Bye💩💩💩💩

Moby began his Instagram response with “Hahahahaha,” and sought to strike a deal with the president-elect, to release his tax returns.

Hahahahaha, I was just asked by a booking agent if I would consider djing at one of the inaugural balls for #trump… Hahahahaha, wait, Hahahaha, really? I guess I'd DJ at an inaugural ball if as payment #trump released his tax returns. Also I would probably play public enemy and stockhausen remixes to entertain the republicans. I'm still laughing. Hahahaha. So #trump what do you think, I DJ for you and you release your tax returns?

Moby did, however, create an Inauguration Playlist for Billboard, which begins with Public Enemy’s “Fight the Power.”

And as JoeMyGod reported, Rebecca Ferguson, a runner-up on Britain’s “The X Factor” TV show, announced she is officially not performing at the inauguration. The committee that chooses performers refused to let her sing Billie Holiday’s “Strange Fruit.” The song, as Joe reported, is based on a poem by Abel Meeropol, condemning the lynchings of African-Americans in the late 1930s.

The only inauguration performers scheduled so far are Jackie Evancho — whose own sister is transgender — most of the Rockettes, the Mormon Tabernacle Choir (one of whom quit in protest of the decision), the Talladega College Marching Tornadoes and according to the inaugural committee, the Missouri State University Chorale.

EXCLUSIVE: Caitlyn Jenner invited to the inauguration of Donald Trump