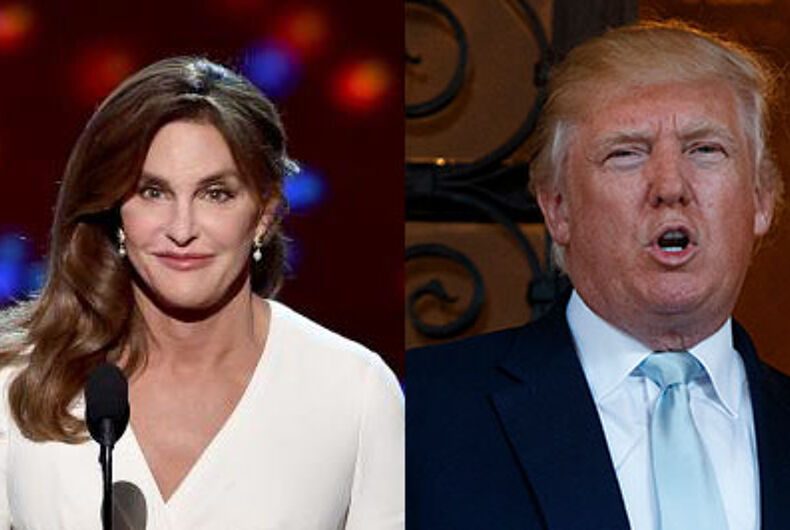 The source, who asked to not be identified, was not certain that Jenner would in fact attend. But the source says Jenner was looking for someone to accompany her to the January 20th event.

A spokesperson for the Inaugural Committee did not respond to an inquiry to confirm her invitation at press time. Jenner’s spokesman told LGBTQ Nation, “I’m unaware, at the moment,  of any details relating to this” and declined to comment on whether she’s offered to work with or for the Trump administration.

In 2016, Jenner declared she would like to be a “trans ambassador” if Ted Cruz were to win the presidential election, advising him on matters pertaining to transgender civil rights, along with other transgender Americans who would form a “trans issues board.”

LGBTQ Nation reached out to author and scholar Jennifer Finney Boylan, who is friends with Jenner and a former “I Am Cait” costar in an attempt to confirm that she plans to attend. Boylan said she can neither confirm nor deny rumors of Jenner’s attendance, although Boylan said that she herself is not attending the inauguration.