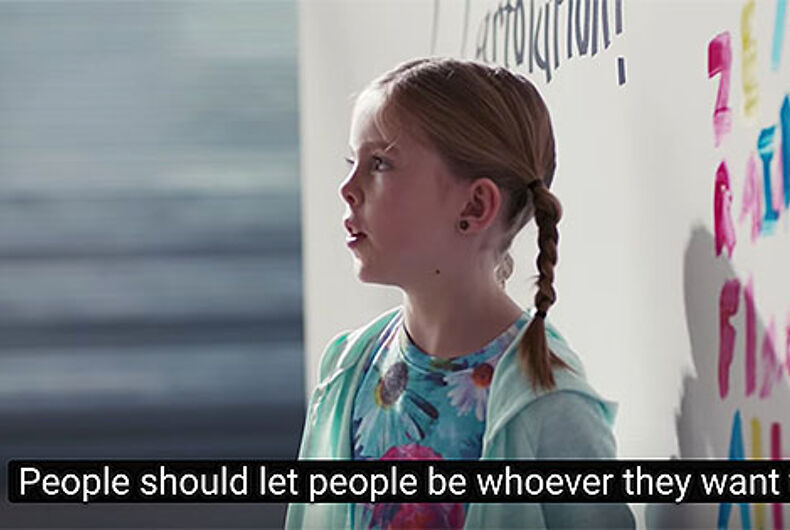 Microsoft, the computer company founded by Bill Gates, brought together a diverse group of people for a celebration of “the spirit of the season,” a television ad featuring both historic clips and video of them using its products to create art.

It’s a moving and non-traditional holiday commercial in that it honors their efforts toward inclusion and diversity without mucking it up with themes particular to just one religion.

The message is one everyone can get behind: peace, harmony, cooperation.

Well, almost everyone. Bill Donohue of the Catholic League, a conservative spokesman whose organization works to combat “defamation or discrimination” of Catholics, cried foul, according to OnTop magazine.

“If the bi-coastal elites at Microsoft really believe in diversity, then let them have their LGBT celebrations in June during gay pride month, and leave December to Christians,” Donohue said, accusing Microsoft of “exploiting” Christmas by “pushing the LGBT agenda.”

Donohue is in effect attacking not just a corporation, but children, who feature prominently in the ad.

Among them is Jazz Jennings, the transgender teenager with her own reality show who has become an international icon for transgender youth. Also featured: Zea Bowling, the 7-year-old girl who bravely stared down a homophobic preacher at a community festival in Columbus, Ohio, by silently holding a rainbow flag. Video of her confrontation with the preacher has been viewed more than 8.5 million times.