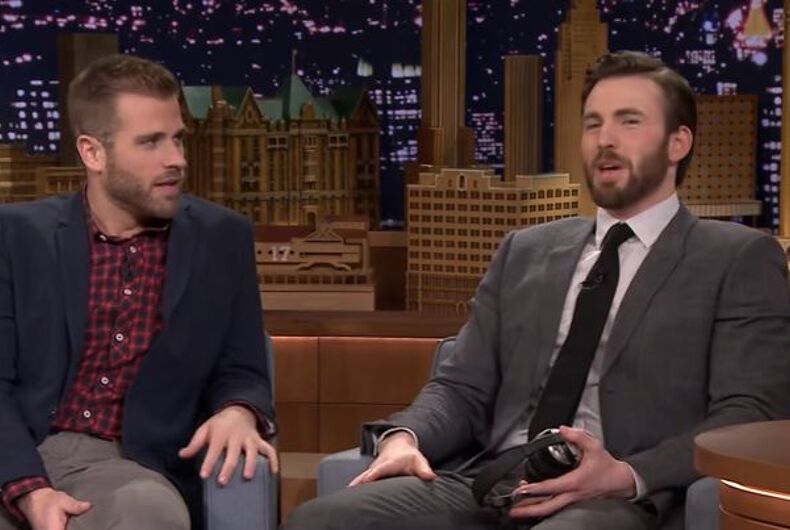 Minority stress is running high in the wake of the election and actor Chris Evans says growing up with a gay brother has helped him put a face on what it means to be a vulnerable member of society, especially during difficult times.

Evans, whose brother Scott is also an actor, reports that he has never received any backlash from his fight for equality.

“We’re obviously in tricky times right now, but up until this election I’ve never felt any sort of backlash or friction as a result of the stance I’ve taken in my career in support of him or any other human rights,” Evans told The Fix. “Hopefully it stays that way going forward.”

He said that he has a “deep connection not only to human rights but to women’s rights.”

Women’s rights have been a big issue this year, with the release of the “Access Hollywood” tape where Trump could be heard bragging about committing sexual assault, followed by a stream of accusers coming forward, as well as Republicans breathing new life into accusations against Bill Clinton.

Trump also attempted to scaremonger around abortion during a presidential debate, describing a gruesome scene of an abortion days before a mother is naturally able to give birth, which would in the real world be called a c-section.

LGBTQ rights are also potentially on the chopping block under a Trump administration, as he has pledged to sign discriminatory legislation and is surrounding himself with anti-LGBTQ advisers like Ken Blackwell and Sen. Jeff Sessions.

Grab your popcorn for Donald Trump vs. the ‘crooked’ news media

Sorry, Internet: Viral photo of Mike Pence as gay adult film star is not him