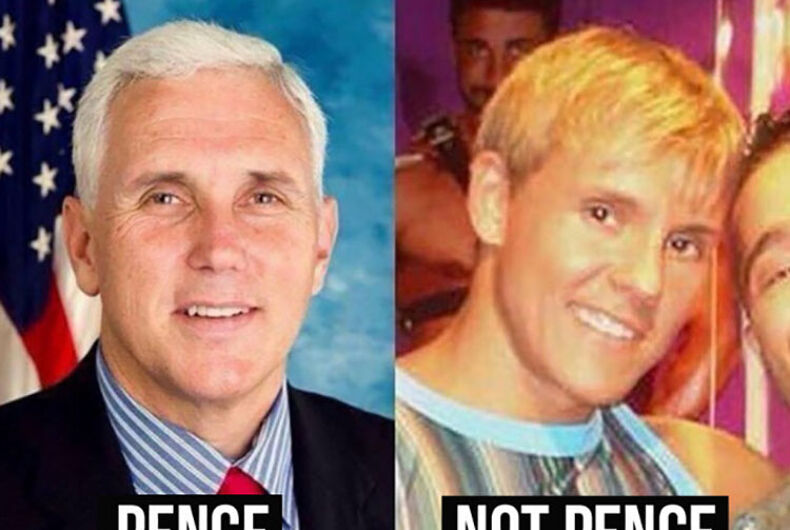 Luis Macias spotted the photo, noticed the resemblance and shared his find with his Facebook friends:

That in turn was shared more than 21,000 times, sending the photo viral.

Nothing ever stays in the past :) pic.twitter.com/A22xPtMCMA

Patton appears to have had quite a career in his youth.

But as BuzzFeed reported, Pence’s past clearly does not include being blonde: