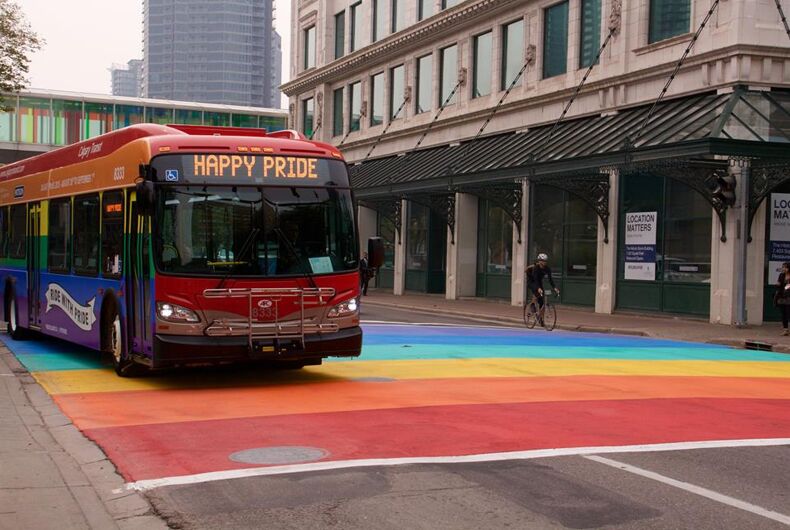 Politicians who want to march in Calgary’s Pride Parade now have to prove their support of the LGBTQ community before they can sign up, the Calgary Herald reports.

The change follows controversy over the slated participation of former member of Parliament Joan Crockatt, who voted against a federal transgender rights bill. Starting this year, politicians must write a one-page narrative highlighting the ways they’ve supported the LGBTQ community.

In the past, participants were required to sign a statement of values, but community members raised concerns that some politicians weren’t adhering to those values. The new policy allows Pride organizers to judge applicants on actions instead of words.

“It’s been a great conversation with our politicians and parties this year, and has really ensured that they are really looking at how they are supporting our movement beyond parade day,” Craig Sklenar, director of government affairs for Calgary Pride, told the Herald.

And some veteran parade attendees say they support the change.

“It’s a good process that weeds out the pretenders, to those who actually support the community in a real and earnest fashion,” said MP and Minister of Veterans Affairs Kent Hehr.

For Sandra Jansen, a member of the Legislative Assembly of Alberta, the screening tool is a no-brainer.

“There is opportunity for politicians during the year to either vote for or against policy that effects the LGBTQ community,” she told the Herald, “and if you’re going to walk the pride parade and you’re not going to vote in favour of those pieces of policy or legislation, then I would question what your motivation is for walking.”

Elsewhere in Canada, the anti-gay group posing as the “Gay Zombies Cannabis Consumers Association” that crashed the Toronto Pride parade is facing a $103 million class-action lawsuit, alleging that the group’s distribution of anti-gay materials from the parade constitutes hate speech and defamation.