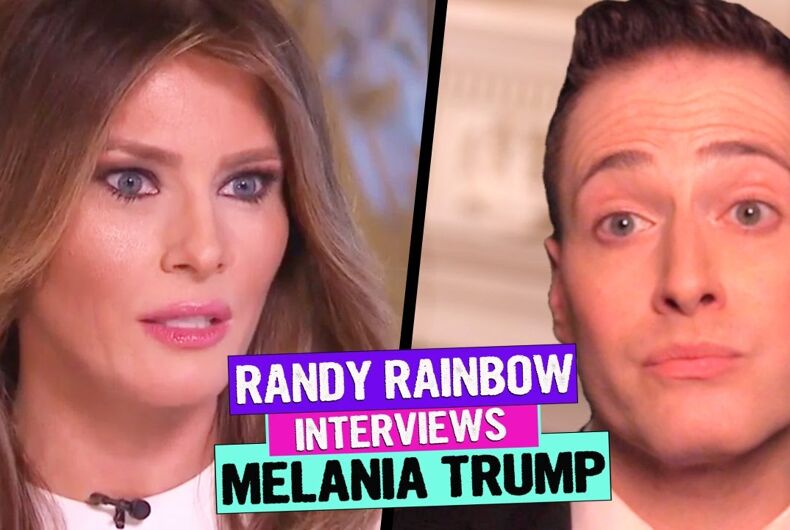 Melania Trump sat down with CNN’s Anderson Cooper for her first interview since the release of the 2005 “Access Hollywood” tape, where her husband can be heard bragging about committing sexually assaulting women.

Cooper pressed Donald Trump during the second presidential debate on whether he understood that what he described in the footage was sexual assault, which Trump would not concede. Cooper then asked if he had ever done any of the things he described, to which he said he had not. This denial to an audience of millions prompted a number of women to come forward with allegations claiming otherwise. Trump denies the allegations against him.

The interview has its stunning moments, like Melania arguing that Donald’s so-called “locker room talk” was just because he is, you know, like your average teenage boy…who just so happened to be nearly 60 at the time.

The 2016 election has been so absurd that it is both all too easy to mock and yet hard to match in its own right. Our favorite fake election correspondent Randy Rainbow somehow manages to pull it off yet again.

You may remember Rainbow from his advice to Trump when the “Access Hollywood” tape first emerged.

Watch him take on Melania, as she haplessly tries to answer the critics and doubters, in the video below.

Now watch her try to do it for real in the original, full length interview with Cooper in the following videos.