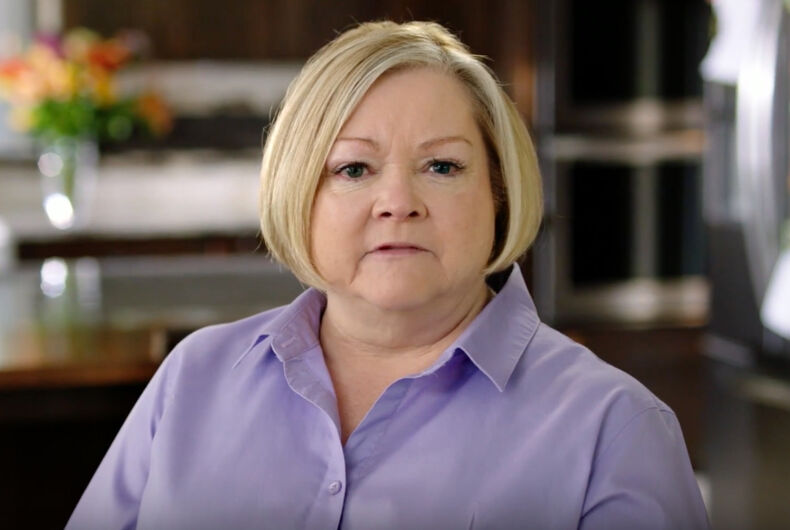 Donald Trump’s comparatively libertarian stance on LGBT issues has been touted by some as one the few redeeming qualities in his campaign – if it’s even possible to redeem a presidential bid that has been marked by rampant racism, misogyny, xenophobia, and conspiracy mongering. But that hasn’t fooled many gay folks besides sinister tech billionaires and racist Twitter trolls with monstrous daddy issues into ignoring his promise to appoint Supreme Court justices who would overturn Obergefell v Hodges or his running mate’s virulently anti-gay record.

“I’ve seen what can happen as the result of hate,” Shepard says in the ad released by pro-Clinton super PAC Priorities USA.

“When I see the hate that Donald Trump has brought to his campaign for president, it terrifies me,” she continues between the now familiar clips of Trump mocking a disabled reporter, attempting to discredit a federal judge because of his Mexican heritage, and using violent language at his rallies.

Shepard knows what she’s talking about when it comes to the devastating impact of hate speech. She and husband Dennis were propelled to the forefront of the fight against homophobia when their son Matthew was brutally beaten and left for dead in an act of anti-gay violence. And while the Priorities USA ad doesn’t directly address any of the Trump-Pence campaign’s positions on LGBT issues, it draws a clear parallel between Trump’s hateful statements about minorities and the disabled, not to mention his literal calls for violence against protestors, and the ways that homophobic rhetoric can inspire acts of violence against the LGBT community.

“Words have an influence. Violence causes pain. Hate can rip us apart,” Shepard explains. “I know what can happen as a result of hate, and Donald Trump should never be our president.”