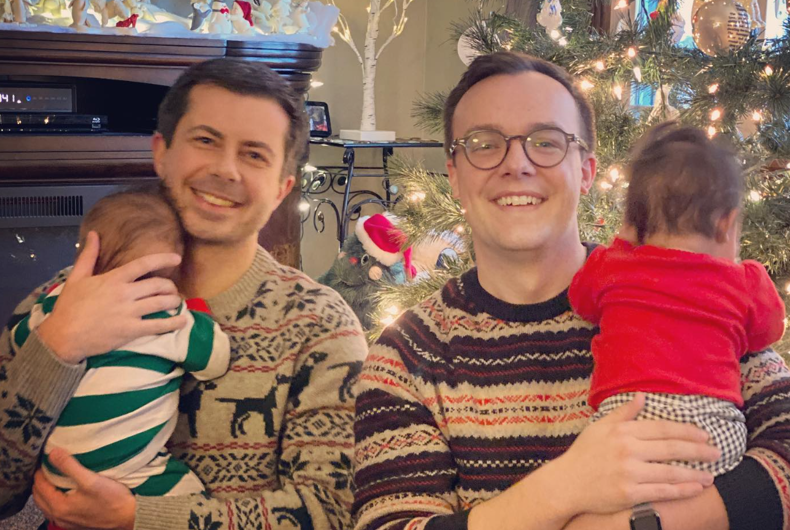 Teacher, activist, and writer Chasten Buttigieg had some choice words for Fox News, which just published an article implying that Chasten’s husband – out Secretary of Transportation Pete Buttigieg – did something wrong by limiting the amount of work he was doing during his paternity leave in 2021.

The Fox article blasts Pete Buttigieg for refusing to take a call from Sen. Chuck Grassley (R-IA) in September 2021 to discuss a bridge while he was on paternity leave following the birth of his and Chasten Buttigieg’s twins.

The Fox article also says that Pete Buttigieg didn’t participate in “an hour-long Zoom call for an event with the Indiana Chamber of Commerce” while on leave.

It is, of course, normal for people on paternity or maternity leave to not participate in all their job duties. Many new parents don’t do their jobs while on leave, even though Pete Buttigieg kept up with some of his duties. But the Fox article printed internal Department of Transportation emails as if Pete Buttigieg’s leave was part of a larger conspiracy they uncovered.

“This morning the twins helped pick out their sweaters, scooted down the stairs, ran to their chairs, and sat at the table eating scrambled eggs with forks,” Chasten Buttigieg responded on Twitter. “They said ‘bye bye dada’ on the way out the door.”

“It’s been 17 months. You need new material. Go yell at an M&M,” he concluded, referring to the right’s outrage this week over M&M’s women-focused advertising campaign.

This morning the twins helped pick our their sweaters, scooted down the stairs, ran to their chairs, and sat at the table eating scrambled eggs with forks. They said "bye bye dada" on the way out the door.

Pete Buttigieg’s paternity leave was controversial on the right at the time since many on the right don’t believe that fathers should take parental leave to bond with their newborn children. Others oppose LGBTQ+ people becoming parents altogether.

“Pete Buttigieg has been on leave from his job since August after adopting a child. Paternity leave, they call it, trying to figure out how to breastfeed. No word on how that went,” Tucker Carlson ranted on his Fox News show in October 2021.

“The guy was not working! Because why? He was trying to figure out how to chestfeed,” Rep. Lauren Boebert (R-CO) said in November 2021, using a term often used by transmasculine and non-binary parents. “Maybe someone should tell him, please, so he can get back to work.”

Anti-trans Daily Wire commentator Matt Walsh said it was “absurd… luxury” for public employees like Pete Buttigieg to receive two months off to care for his infants and also said that the Buttigieges shouldn’t be allowed to be parents.

“The outrage mob can now start a secondary campaign over that comment,” he said. “But I’ll say it again. Two men should not be allowed to adopt babies because babies need mothers. They also need fathers, which is why two women shouldn’t be allowed either.”

Some questions about the stupid things that people say without thinking