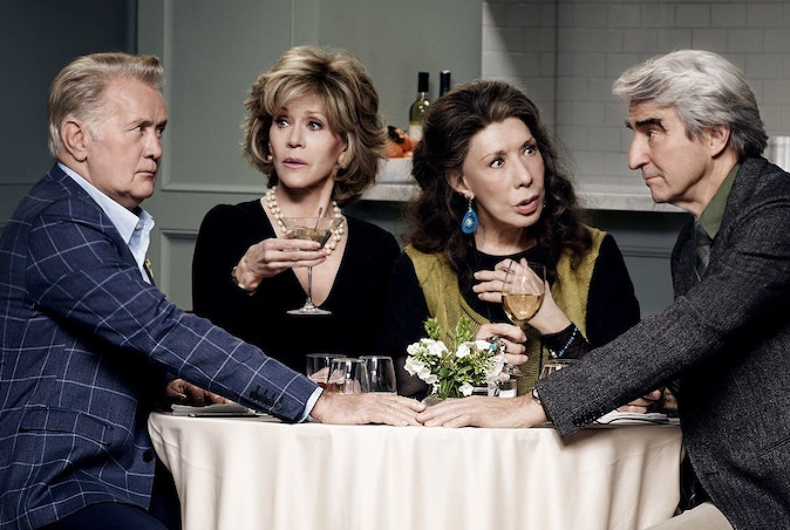 Popular sexologist Dr. Pepper Schwartz is Professor Emeritus of Sociology at the University of Washington, and she’s the longtime resident psychologist for reality TV hit Married at First Sight, where she picked up her fizzy professional nickname, Dr. Pepper.

At 77, Schwartz has been in the business of sex for about half a century. She’s the author or co-author of 25 books on the subjects of love, sexuality and commitment, two of which are New York Times bestsellers, and was the longtime sex columnist for AARP Magazine. Schwartz has spent thousands of hours interviewing LGBTQ+ subjects for her work, and counts sexuality among older adults as one of her specialties.

According to Dr. Pepper lore, the married and twice-divorced Schwartz once made it with a hotel bellhop in the ruins of the Parthenon. She also likes chocolate in bed.

In a wide-ranging interview about sexuality in older LGBTQ+ adults, Dr. Pepper was funny, insightful, and full of laughter. In the first of two parts of our interview, we talked about sexual health and desire in LGBTQ+ folks 50+, and how tastes can change in the second half of life.

Can sexual preference change in people over 50?

It can, but there are more women who can relate to both sexes. Not necessarily you know, on the spur of the moment, but more likely, they fell in love and that was enough to also sexualize the person. There’s evidence of some in men, too, although there are prejudices against that. One of the most famous is from the Bloomsbury group. Economist John Maynard Keynes, who was gay, fell in love with Russian ballerina Lydia Lopokova and was in a heterosexual relationship for the rest of his life with her. I actually have a very close friend whose husband, his legal husband, fell in love with somebody whom he met at a divinity school and left him for this woman, and they’ve been together 20 years. So, can it happen? Yeah. Do we know what the statistics are on this? No. But if it’s a yes or no, it’s definitely a yes.

The show Grace & Frankie is an entertaining example of changing sexual orientation.

Well, it is, and also remember, sometimes, if people don’t live in a gay world, they fall in love with the happenstance of their lives. And I’ve heard that a lot. There were these two women who put their kids in kindergarten and they had really unhappy marriages. And neither one of them had a lesbian experience ever. But you know, they started commiserating over their very unhappy marriages and being bonded by their children, you know, until much later, they realized that they were the only gay people they knew. So I mean, how do you know your taste if it’s just that person?

How sexually active are LGBTQ people over 50?

You know, the general data on men and women — and let me go there first — is that people’s sexual life stays fairly consistent to one or two times a week, if they have a partner, into their 50s and 60s, and then it just really kind of goes off a cliff around the 70s and 80s. Not that some people that age aren’t having sex, but it might be 20% of them that are having sex in any kind of regular way. And those are people with partners.

How about queer people specifically?

The issue with gay men, as has been written around a lot, is the whole idea of accelerated aging. Gay men tend to feel like they are, and look, older than heterosexual men do at the same age. The idea is that gay men have men as an audience, and heterosexual men have women as an audience. And women are more forgiving. And a less critical audience than men, who are basically youth. So it’s not that older, gay men are not having sex, but they’re not the hot ticket they were, even to themselves, 20 years earlier. That said, there are other men who are quite successful with younger men who are looking for an older man — that’s their taste, but not like they were as a sweet young thing at 22. With gay women, lesbians are more likely to be partnered, in old age and beyond, although their sex lives really slow down to negligible.

Are women having less sex than men at a comparable age?

They are. Now, maybe the younger women, who are not yet in those ages, who are coming from a whole different background and a whole different set of permissions, may be quite different. But the older women now — we’re talking about the baby boomer generation — that still came from a generation without as many permissions as young women have now, who are so much freer about their sexuality, not as much.

Will younger women at that age be having more sex than women in their 70s now?

I think that’s quite likely, and that would be a sociological tweak to the data.

Could you say the same thing about men?

I think gay men have been more sexualized all along than gay women. Part of that’s men, part of it’s the culture, and there’s much more permission to keep your sexual interest up by adding partners, even if you’re partnered. Maybe a third to half of gay men are monogamous, but the ones that aren’t — and sometimes men will describe themselves as monogamous even if they have outside partners because they feel emotionally monogamous — they’ll go out together and pick someone up. I mean, it’s a much freer, fewer boundaries, more permissive sexual environment. And then, if you add what people find in general, from all men and all women, that men are much more likely to be able to have sex for the sheer enjoyment of it unattached to relationship issues — they’re very different. They just are.

Who are older LGBT+ folks primarily attracted to? People of their own age or younger folks?

Well, again, let’s go with women — we don’t have much research on transgender, I wish we knew — I think gay women have a much wider, much more differentiated palette, you can say. They’ll describe all kinds of body types, for example. They also differentiate in, you know, the quote-unquote “lipstick lesbian” that’s really attracted to a beautiful woman, versus the ones who really fall in love, and whatever that person looks like, they look like. Or they’re attracted because whatever they love, they’re attracted to. It’s not like, “I’m putting up with these looks,” it’s like, “I like these looks because I love her.”

With gay men, what I don’t know is the percentages, which is how many men are looking for, you know, a daddy or an older man, and how many are looking for a twink or a bear? I mean, there’s all these tastes. But what I would say is that they’re specific. They’re attracted to a type often. And I don’t know whether that type is more important than age in some cases, but there’s a very specific taste. The fact is that youth is always, for the majority of men, who they’re attracted to, whatever age they are. That’s one thing.

How many people partner with somebody who may not be their type?

I have to say in my interviews, the only people I’ve ever seen in any number say the following have been gay men, which is: “He’s not my type, but, you know, he’s my partner. I love him, and he’s not my type.” And I’ve never heard a woman say that, maybe out of kindness. Or in heterosexual couples, I haven’t heard that. But I’ve always found that fascinating, where “I can love him, but we take a lot of our sexual energy elsewhere.” Or, you know, “Because I love him, I’m not gonna leave him. I didn’t pick him because of that. And we work around that.”

Did your discussions clarify how they ended up together?

Well, that’s sort of a parallel line of inquiry. I can think of one couple. They were both married at the time and they found each other online and became sort of — what they would say is that their souls linked when they met. It was that feeling that predominated. They were middle-aged, actually. And maybe to some extent, as you become older, like other people, you start changing the weight of variables that influence your acts. It’s not that those variables still aren’t there, but the weight may change. The priority of them may change.

The Pepper Schwartz Endowed Professorship in Sexuality and Aging at the University of Minnesota supports expanded scientific research into positive sexual health and aging well. You can make a gift here.