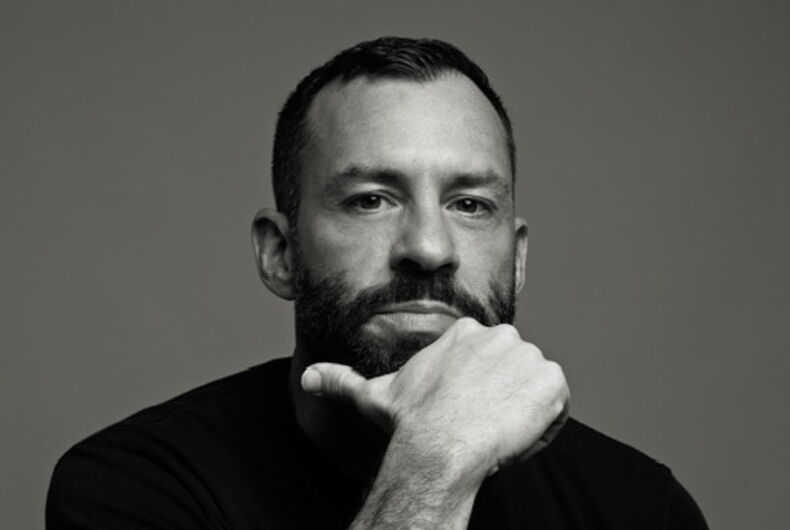 Giving back to the community has been a part of Josh Wood’s career almost from the beginning. The New York-based event producer has built his business around planning major events for non-profit organizations like the Hetrick-Martin Institute, City Harvest, and other LGBTQ+ and progressive causes.

“My mom and my grandmother were very into social activism. I grew up going to pro-choice rallies, and in the AIDS crisis going to protests for demands for healthcare and condom distribution,” Wood says. “So, there was always a sense of being political. I just had a lot of people in my family who were very concerned with trying to do the right thing and giving back. It’s always just been something that’s interested me.”

Since launching JWP—formerly Josh Wood Productions—in the early 2000s with amfAR as his very first client, he has produced glitzy events worldwide for the international AIDS research foundation founded by Elizabeth Taylor. Over the past two decades, that focus on giving back has never wavered.

“I have a hard time working in fields that I don’t really have interest in. So, I’ve just always worked in that field,” Wood explains. “I’ve always sort of concentrated on the non-profit world and really built a big business out of it.”

More recently, he’s also begun incorporating that into his nightlife events. Party boys looking to score tickets to Wood’s uber-popular Horse Meat Disco parties in New York—which routinely attract thousands of people—now have the option to donate to the Ali Forney Center when they buy tickets, with the funds going toward the organization’s new Harlem facility for unhoused transgender youth.

“I’m a gay, white, cis man and there are a lot of privileges that come with that,” Wood explains. “So, I feel like there’s a lot of obligation to give back and stay involved.”

With the holidays fast approaching, now is a great time to take that cue and think about donating and volunteering, and Wood has a few organizations in mind that could greatly benefit from your money or time.

“Given the state of the world that we’re in,” Wood reminds us, “if we all push ourselves a little past our comfort zones, I think it’s good Karma and it’s the right thing to do.”

This organization provides a range of services for unhoused LGBTQ+ youth including a drop-in center, emergency housing, healthcare services, and job readiness training. Now they’re engaged in an effort to buy the Harlem townhouse where they plan to open a transitional housing facility specifically for trans, gender-nonconforming, and nonbinary young people. “It’s the first place of its kind,” Wood says. “They really need money, and volunteers.”

If money and time are in short supply, you can still help. New York-based nonprofit Housing Works operates thrift shops around the city where you can donate clothing, books, furniture, and other household objects. “This time of year, at all the different locations throughout New York, you can drop off your extra clothes and furniture,” Wood explains, “and all the stuff is sold, and the money goes to housing for people who can’t afford it and are suffering from HIV and AIDS, but also other diseases.”

“They have the Harvey Milk School, which was the first LGBTQI high school in New York City,” Wood says of this LGBTQ+ youth outreach organization. “They also have training centers and a shelter and tutoring centers. They’re always looking for really good people to teach and volunteer.”

This organization cooks and delivers nutritious, medically tailored meals to the homes of people who are too sick to shop or cook for themselves. “They started off with people who have HIV and AIDS, but now [they deliver to] people in general who just need food,” Wood says. “You can sign up to make the meals. They have amazing outreach, so they’re a great place to do some volunteer work and donate money.”

“They don’t have a specific LGBTQ program, but they definitely serve people in that community,” Wood says of this organization which seeks to end hunger by donating food that would otherwise go to waste. “There are so many people who suffer from food scarcity around this time of year, so to give [City Harvest] money or volunteer—because they’re always looking for people to do packing and distribution—they’re an amazing organization.”