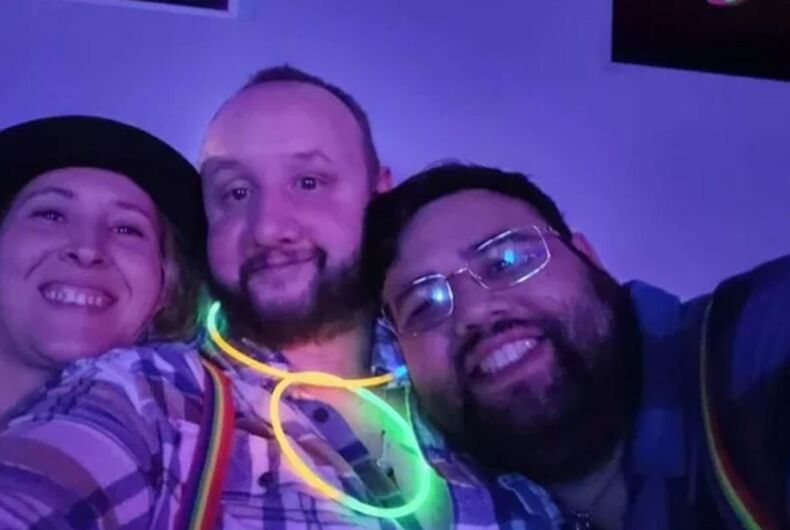 Two survivors of the Club Q shooting say they feel hope for the community despite the injuries they suffered in the attack.

Ed Sanders, a 63-year-old who has patronized the bar for decades and even went to its opening night many years ago, was ordering drinks when a bullet hit him in the back. When he saw the shooter, he got another bullet in his thigh, Edge Media Network reported.

“I fell. And everybody fell,” he said in a video released Tuesday by UCHealth Memorial Hospital Center. “It was very traumatic. I shielded another woman with my coat… There was a lot of chaos.”

He said that after the 2016 Pulse nightclub shooting, he considered something similar could happen at Club Q. The shooter’s bullets missed his vital organs but broke one rib. He lost lots of blood and will require a skin graft for the wound in his back.

Despite his injuries, he said his survival made him happy and reinforced his belief that LGBTQ people need love.

“I’m smiling now because I am happy to be alive,” he said. “I dodged a major event in my life and came through it, and that’s part of who I am… I’m a survivor. I want to be resilient… I’m not going to be taken out by some sick person.”

Another survivor, James Slaugh, said he, his boyfriend, and his sister Charlene were getting ready to leave the club when the shooting began. The siblings lost their mother to COVID-19 last year, and his sister recently went through a breakup, so they wanted to cheer her up with a night of dancing, CNN reported.

While saying goodbye to people, a bullet hit Slaugh in the arm, one hit his boyfriend’s leg, and 13 hit his sister.

The shooter was taken down by a military veteran less than a minute after the shooting began.

After the chaos calmed down, Slaugh said he saw the bar become a community again. He saw patrons grabbing paper towels to help bleeding victims. One man kissed Slagh on the forehead as he lay on the floor. The man told him that he would be okay.

“That was such a reassurance to me,” he said. “That hope stayed there.”

His sister will likely undergo several surgeries and has a “long recovery ahead,” according to a GoFundMe launched for their medical expenses. He has been touched by all the messages of support he’s gotten internationally.

Meet the transgender heartthrob of the Wild West