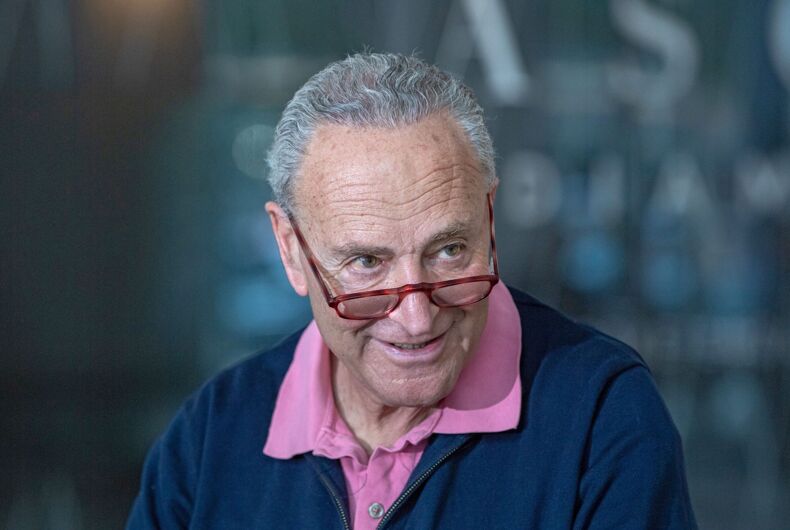 Senate Democrats are expected to introduce a revised version of the Respect for Marriage Act this week. The bill, which would help protect same-sex marriage rights, will need support from at least 10 Republican senators in order to become law.

“We’re confident that we’ll have the votes when it comes to the floor. We’ve been guaranteed that this is going to come up before January,” an unnamed person, identified as being “close to negotiations,” told the international news outlet Semafor.

The latest version of the bill “clarifies religious liberties and includes language that reaffirms the bill does not validate polygamy,” Semafor noted.

The bill passed the House last July with all Democrats voting for it, 47 Republicans voting for it, and 157 Republican representatives voting against it. Out Sen. Baldwin initially said she thought 10 Republican senators would vote for it. However, she and Senate Majority Leader Chuck Schumer (D-NY) decided to delay the bill’s introduction until after the midterm elections.

“We’re very confident that the bill will pass but we will need a little more time,” said Baldwin – the bill’s lead sponsor and the only out lesbian in the Senate – in September.  “Every Democrat in the U.S. Senate supports the Respect for Marriage Act, and I don’t think this should be an issue that is reflective of a partisan divide, but it seems it still is.”

The bill is expected to be put to a vote before January 2023, when newly elected senators will take their seats in the upper congressional chamber. And according to a Senate aide who spoke with Semafor, it’s happening this week.

The Respect for Marriage Act would officially repeal the Defense of Marriage Act (DOMA), the 1996 law that forbade the federal government from legally recognizing same-sex marriages. In its place, the act would require the federal and state governments to recognize same-sex marriages as long as they occurred in states where they are legal. If any state refuses to recognize such marriages, the act says, the spouses can sue.