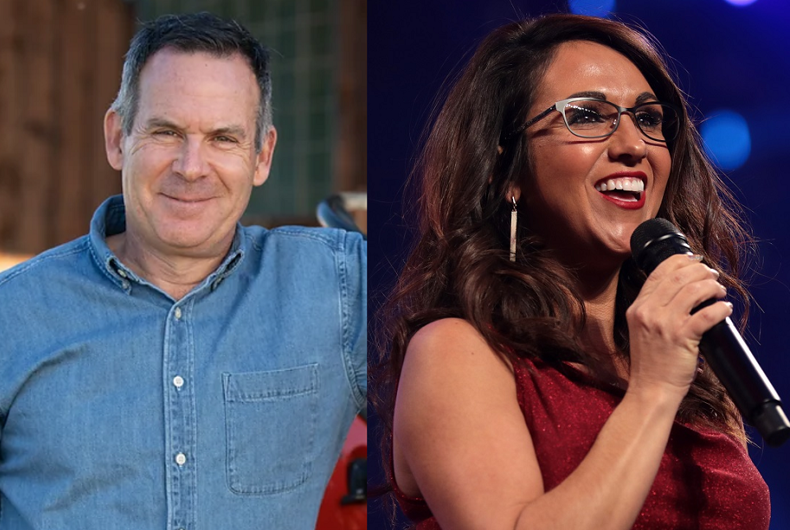 Democratic challenger for Colorado’s Third Congressional District Adam Frisch has called Rep. Lauren Boebert (R-CO) to concede in their close race. He was 551 votes behind Boebert with 99% of precincts reporting.

“Only a quarter of our district is registered Democrats,” he said this morning at a press conference, where he also thanked his supporters.

Colorado law requires a recount of votes if the second-place finisher receives less than 0.5% fewer votes than the first-place finisher. Boebert has 166,758 votes so far and Frisch is fewer than 0.5% – or 818 votes – behind her.

But Frisch said that he’s unlikely to win, even with a recount.

“The likelihood of this recount changing more than a handful of votes is very small,” he said.

“We have shown the country that extremists politicians can be defeated, loud voices are not invincible, and shouting will not solve problems.”

“I look forward to getting past election season and focusing on conservative governance in the House majority,” she wrote. “Time to get to work!”

Adam Frisch called me to concede this race.

I look forward to getting past election season and focusing on conservative governance in the House majority.

Time to get to work!

The race was unexpectedly tight; Donald Trump won Colorado’s Third by eight percentage points in 2020. But two years of Boebert’s antics in Congress turned off at least some independent voters in her district.

“I don’t like the way she behaves in Congress,” said 70-year-old Marilyn Morris of Pueblo, an unaffiliated voter, right before the election. “That is not respectful, and I wouldn’t vote for her for that reason alone.”

“She’s lying all the time, so I just don’t trust her.”

“I think Boebert is kind of crazy,” 59-year-old Richard Hirano of Craig said. “I just think she’s sometimes off the deep end. She sounds like she’s trying to push that we need to be ruled by religious belief.”