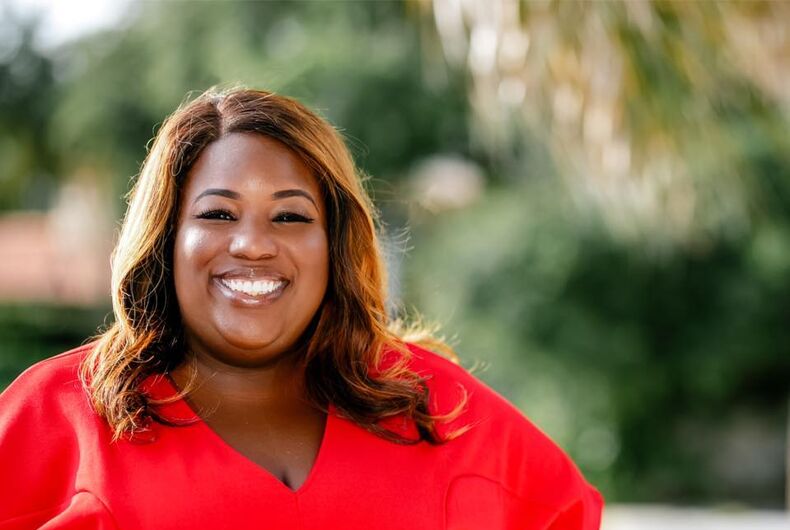 LGBTQ candidates have made history across the country in this year’s midterms.

As state legislatures continue to pass anti-LGBTQ legislation, pro-equality state representatives have become some of the most pivotal defenders of LGBTQ rights.

Even in states where legislatures are not repeatedly attacking LGBTQ rights, representation is crucial. State legislators make countless decisions that effect the day-to-day lives of the people in their states, and who better to speak for LGBTQ people than LGBTQ people?

Here’s a look at who won big in the midterms.

In 2020, Michele Rayner, a civil rights attorney, became the first out Black queer woman to win a seat in the Florida House. At the time, she told LGBTQ Nation about her passion for expanding Medicare and Medicaid, affordable housing, education equity, and improving Florida’s unemployment system.

She won reelection against Republican Jeremy Brown, who ran a campaign from jail after being charged with taking part in the January 6 Capitol insurrection.

In a special election earlier this year, Keturah Herron became the first out LGBTQ person ever elected to the Kentucky State House. Herron beat her Republican opponent with a whopping 94% of the vote. In the midterms, Herron ran for reelection unopposed.

Herron is a longtime activist and social justice advocate, and a former policy strategist for the ACLU. Herron was largely responsible for the unanimous passage of Breonna’s Law that banned no-knock warrants in the city of Louisville – where 26-year-old Breonna Taylor was killed by police after they forcibly entered her apartment with a no-knock warrant.

Herron also contributed to getting a version of the law passed at the state level that places limits on the use of no-knock warrants across Kentucky.

“I identify as a Black, queer, masculine-presenting woman who has been directly impacted by the criminal legal system,” Herron told LGBTQ Nation in February. “I really believe that it’s all of those different identities that makes me qualified and makes me allowed to stand in space and advocate and write policies for things I know will help our community.”

26-year-old Democrat James Roesener of New Hampshire has become the first trans man ever elected to a state legislature.

“Tonight is a resounding win for New Hampshire and for trans people across the country, with James shattering a lavender ceiling and proving that America is ready for trans men leaders in our state legislatures,” said Mayor Annise Parker, LGBTQ Victory Fund President & CEO, in a statement. “From safeguarding reproductive rights to increasing investment in New Hampshire’s education and health care systems, James is well prepared to enact legislation that will deliver lasting results for his community. At a time of intensifying transphobia at all levels of government and society, he showed incredible courage throughout his historic campaign. Trans people – and trans men in particular – remain severely underrepresented in government at every level, but we are confident his win will inspire many more trans people to run for office.”

Together, Democrats Christian Manuel-Hayes and Venton Jones have become the first out Black LGBTQ men ever elected to the Texas state legislature.

In a statement celebrating the victories, Mayor Parker called out anti-LGBTQ Texas Gov. Greg Abbott (R), saying that he “emboldened a wave of anti-LGBTQ hate this year – but there hate has fueled LGBTQ people to step up and run for office like never before…For far too long, Black and LGBTQ Texans have lacked equitable representation. Tonight, we are taking a meaningful step forward.”

In a special election earlier this year, Democrat Jolanda Jones became the first Black out LGBTQ person ever elected to the Texas legislature. Now, she has been elected to represent Texas state House District 147.

Jones spoke with LGBTQ Nation ahead of the special election about how she isn’t afraid of anything – least of all Republicans.

“There’s nothing any Republican can throw at me that I won’t conquer,” she said.

“If they’re willing to have conversations with me in good faith, I’m happy to try to move the needle with them, but if they want to fight, I’ll tee up for that as well. Because I will fight them with everything I have in me.” “From his advocacy at the ACLU to his work in the Michigan state legislature, Jason has dedicated his entire career to bettering his community by fighting for more equitable and inclusive public policy,” said Mayor Parker. “He has the political grit and strong grassroots support to enact meaningful, lasting change in Lansing. At a time of increased homophobia and racism, his win tonight is also a deafening rebuke of hate and a powerful sign that progress, though slow at times, will prevail.”