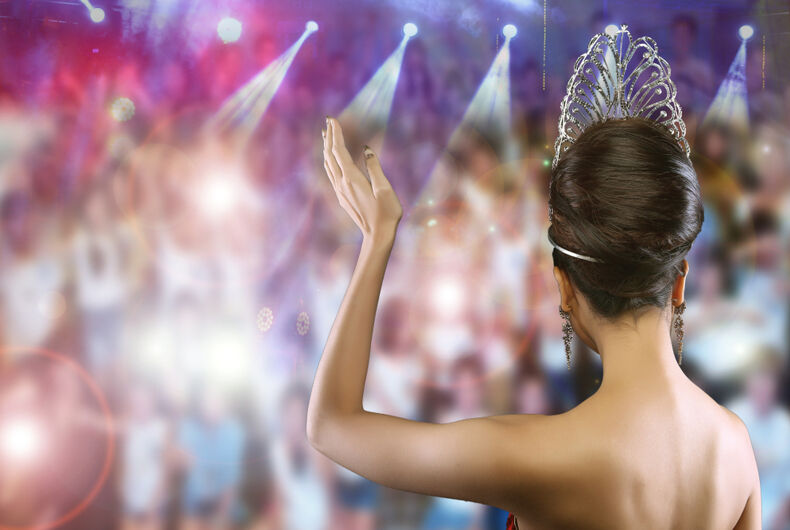 A federal court has ruled that the Miss United States of America pageant has a right to ban transgender women from competing.

In a 2-1 vote, the three-judge panel of the 9th Circuit ruled that requiring the pageant to be inclusive to trans women would be a violation of its free speech.

The lawsuit came about when trans woman Anita Green – who has competed in many other major pageants – sued the Miss United States of America pageant for refusing to let her compete to become Miss Oregon.

When Green prepared to compete in the Miss Oregon contest in 2019, a Miss United States of America Pageants event, she learned that her application was being rescinded and her entry fee was being returned, with their director, Tanice Smith, telling Green that “this is a natural pageant.”

“I felt as though I was being invalidated…I felt as though the organization was saying I am not a woman and I’m not woman enough,” Green told The Week at the time. “…this is about giving minorities a voice.”

The Associated Press reported that the lawyers for the pageant argued the event is designed for “natural born women” to spread a message of “biological female empowerment.”

The judges ruled that the pageant has a right to communicate its vision of womanhood by excluding trans women from competing. Requiring otherwise, they said, would be considered “compelled speech.”

“Green asks to use the power of the state to force Miss United States of America to express a message contrary to what it desires to express,” the judges wrote. “The First Amendment says no.”

The ruling, written by Trump-appointee Judge Lawrence VanDyke, also stated that “as with theater, cinema, or the Super Bowl halftime show, beauty pageants combine speech with live performances such as music and dancing to express a message. And while the content of that message varies from pageant to pageant, it is commonly understood that beauty pageants are generally designed to express the ‘ideal vision of American womanhood.'”

VanDyke wrote that the contestants are “how the pageant speaks” and that “the Pageant’s message cannot be divorced from the Pageant’s selection and evaluation of contestants. This interdependent dynamic between medium and message is well-established and well-protected in our case law.”

Bill Clinton appointee Judge Susan P. Graber wrote a dissenting opinion accusing the other two judges of failing to first examine whether the pageant qualified as a “public accommodation” under Oregon’s anti-discrimination law before considering whether the pageant was violating the First Amendment.

In 2021, a lower court also ruled in favor of the pageant. After that loss, Green stated, “I believe Miss United States of America is on the wrong side of history for choosing to actively discriminate against transgender people, but the road to creating meaningful change has always been a long and bumpy one. Transgender women are women. My message has always been consistent and my message is this: every person has beauty.”

Trans women have been making headlines in the pageant world recently.

Last week, it was announced that the Miss Universe pageant, formerly owned by Donald Trump, had been bought by Thai trans celebrity and businesswoman Jakapong Jakrajutatip.

Same-sex couples in Tokyo can now get domestic partnerships