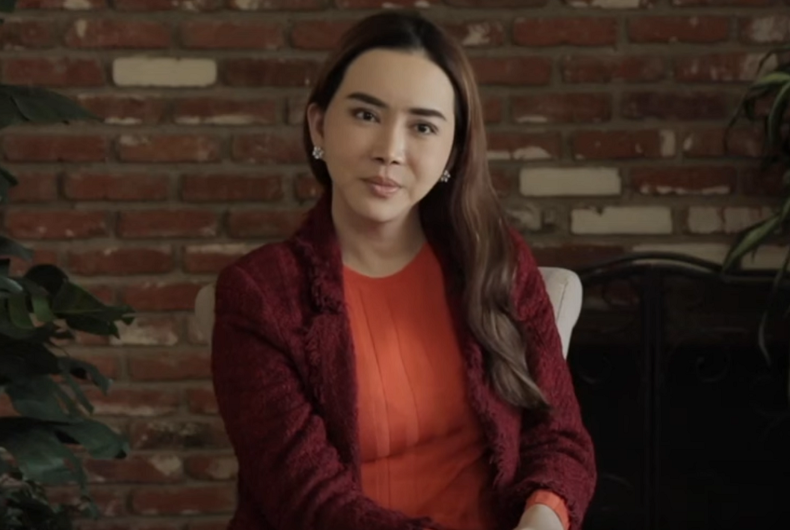 Jakrajutatip, popularly known as Anne JKN, is CEO and the largest shareholder in JKN Global Group, and a major celebrity in Thailand, where she stars in local versions of reality hits Project Runway and Shark Tank.

The media tycoon’s purchase of Miss Universe marks the first time the franchise has been owned by a woman. Jakrajutatip is the third richest transgender woman in the world.

“We are incredibly honored to be acquiring the Miss Universe Organization and working with its visionary leadership team,”  she said in a statement. “We seek not only to continue its legacy of providing a platform to passionate individuals from diverse backgrounds, cultures, and traditions but also to evolve the brand for the next generation.”

Anne JKN is also an outspoken trans activist and the founder of trans advocacy group Life Inspired For Thailand Foundation.

Donald Trump owned the Miss Universe Organization from 1996 to 2016, when he was bought the half owned by NBCUniversal after the network denounced his comments describing Mexicans as rapists. Trump sold his interest in the franchise days later to IMG.

In rallies this year, ahead of a possible run for president in 2024, Trump has made denouncing transgender rights a stock part of his act.

“We will save our kids and we will also keep men the hell out of women’s sports. Is that OK?” he declared in Wyoming this summer to cheers.

In the final year of his administration, Trump signed orders eliminating protections for transgender patients against discrimination by doctors, hospitals, and health insurance companies. The announcement was made during Pride month on the 4th anniversary of the Pulse Nightclub massacre in Orlando.

The pageant became a source of embarrassment for Trump in 2016 when Alicia Machado, a Venezuelan who won the Miss Universe contest in 1996, accused Trump of sexual harassment.

Trump told Fox & Friends at the time: “She was the worst we ever had, the worst, the absolute worst, she was impossible,” he said. “She gained a massive amount of weight, and it was a real problem. We had a real problem. Not only that, her attitude.”

In a news conference, Machado claimed Trump had called her Miss Piggy and Miss Housekeeping, a reference to her race.

The Miss Universe pageant famously took Trump to Moscow in 2013, where he worked tirelessly to gain an audience with Vladimir Putin. Just weeks after the Russian capital was announced as the pageant site, Putin signed a law criminalizing pro-LGBTQ “propaganda” and public expressions of LGBTQ pride.

Jakrajutatip talked about her journey to motherhood in an interview with Love Comes First.