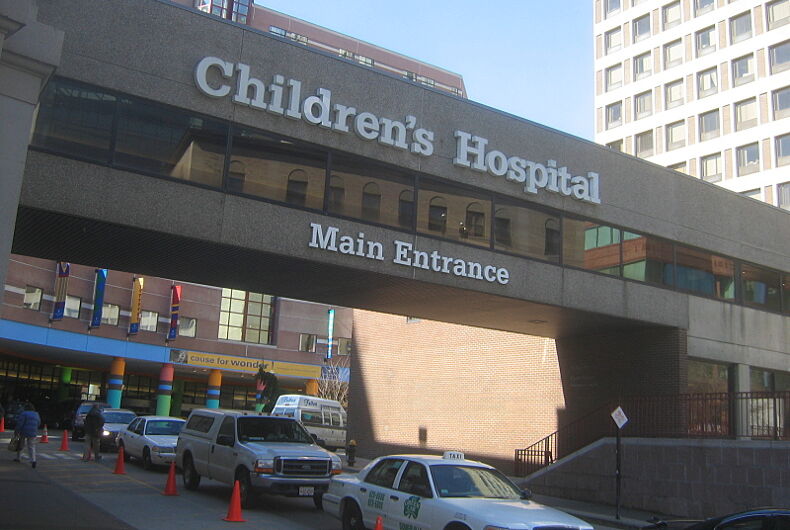 Boston Children’s Hospital was the target of another bomb threat Wednesday, the third since August. The hospital serves transgender youth and has been the subject of a right-wing harassment campaign this past year.

“This morning, the hospital was again the target of a bomb threat,” the Harvard-affiliated medical center said in a statement. Boston Children’s is “committed to ensuring the hospital is a safe and secure place for all who work here and come here.”

The previous two bomb threats were directed at the hospital’s Gender Multispecialty Service program, the first pediatric and adolescent transgender health program in the country.

After staff and patients were evacuated Wednesday, police determined the latest threat to be a hoax.

In October, Catherine Leavy, 37, was indicted on one count of making a false bomb threat and one count of intentionally conveying false or misleading information that a bomb was on the way to Boston Children’s Hospital, in relation to the threat called in on August 30. A search of Leavy’s residence on September 15 turned up the phone allegedly used to make the call.

In August, Raichik spread the false story to her 1.5 million followers that Boston Children’s was performing hysterectomies “for young girls” as part of their gender-affirming care program. No such surgeries were or are available to trans boys under 18. The disinformation was amplified across right-wing media.

Soon after, Carlson shared the names and photos of Vanderbilt University Medical Center’s board of directors, while ranting against hospitals that provide gender-affirming care. He urged the board, and by extension his viewers, to “do something to stop these crimes.”