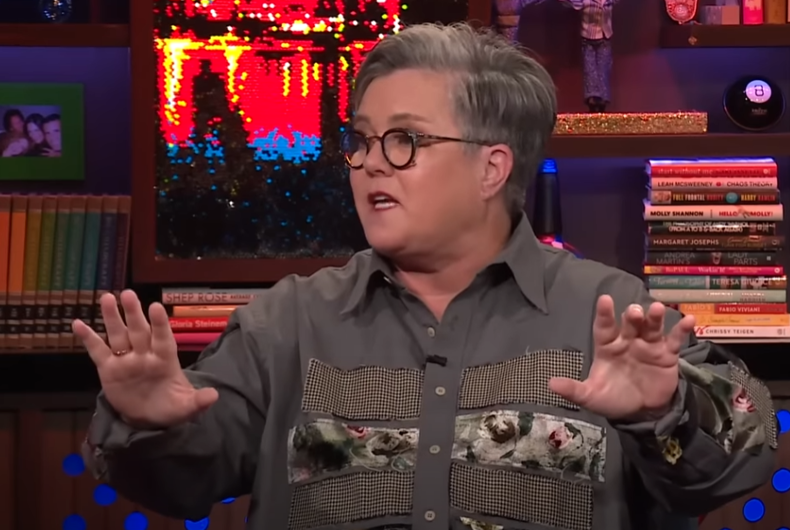 Rosie O’Donnell and her girlfriend Aimee Hauer have reportedly broken up. According to People Magazine, a source has confirmed that the couple, who went public with their relationship in June, have split. Sources also confirmed the break-up to Page Six and ET.

“Yes, we broke up,” Hauer captioned the post. “I loved her BIG big. This one is gonna leave a mark.”

“Processing each emotional [sic] as it comes. Feeling those feels,” Hauer wrote.

Yes, we broke up 💔. I loved her BIG big. 😞😢 This one is gonna leave a mark. 🫠 Processing each emotional as it comes. Feeling those feels. 💕THANK YOUUU to my people. You know who you are. I am surrounded in awesomeness and I am truly grateful. 🤟🏼😘. I can do hard things. ❤️‍🩹

As recently as September, O’Donnell, 60, described being head-over-heels for the 43-year-old massage therapist. “I’m in love,” she said on an episode of The Howard Stern Show. “She’s really kind and wonderful, and I like the pace we’re going at. It’s not like a U-Haul situation.”

O’Donnell explained that the couple met via social media. “I watched … her TikToks and every time I saw her, I would smile and [be] like, ‘This woman is, like, perfect,’” O’Donnell recalled. “Look at her, she’s so happy and enthusiastic and beautiful and bright and she has a light coming from her.”

The comedian, who most recently appeared in Prime Video’s A League of Their Own and Showtime’s American Gigolo, told Stern that she had DMed Hauer. “I thought maybe we would just be friends. I said, ‘You’re very beautiful. I love your look,’ and, like, 10 days later she wrote me back with a little video.”

She also raved about Hauer’s tattoos: “I’ve never dated a tattooed woman before,” O’Donnell said. “[She has] 23 tattoos, including a huge one on her neck and her thighs and she’s very, very sexy to me.”

The couple made their relationship official with a June post on Hauer’s Instagram page, which has since been deleted. Their first public appearance together was in July on the red carpet for the Stand Up for Friendly House comedy benefit at the Fonda Theatre in Los Angeles.

Life
A League of Their Own, Aimee Hauer, Rosie O'Donnell, The Howard Stern Show

Out Dem. Jamie McLeod-Skinner is in the fight of her life as she vies to keep her district blue