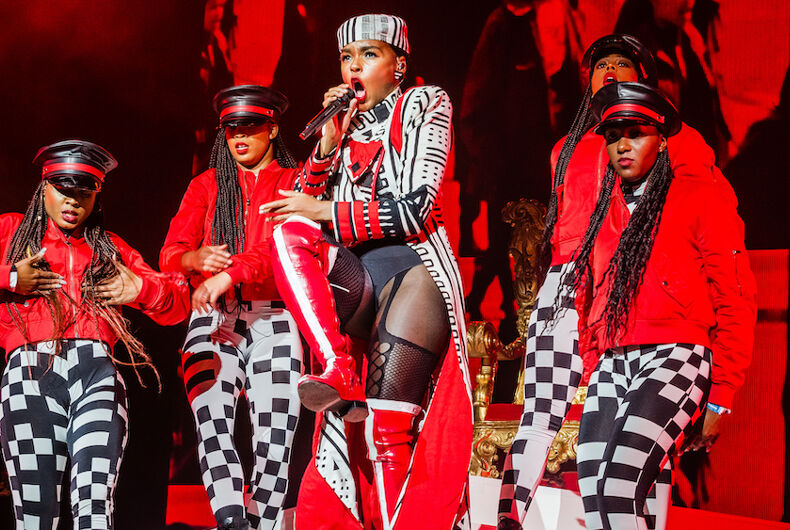 When the whole world’s against you, sometimes you have to create your own.

That’s what queer Black artists have done since the 1950s. At a time when lynch law ruled the South and queerness was almost as contemptible as Blackness, avant-garde artist and jazz musician Sun Ra invented a new genre: Afrofuturism. With it, he and others could redefine the realm of the possible by blending freedom dreams with fantasy futures.

“Afrofuturism is an intersection of imagination, technology, the future, and liberation,” Ytasha Womack writes in her book, Afrofuturism. The most important element of this description is Liberation. Afrofuturism isn’t just about imagining high-tech futures with glittering skylines and pseudo-cyberpunk aesthetics. It’s about envisioning worlds that offer potential paths to breaking free from centuries of oppression, exploitation, and dehumanization.

The ability to imagine what may one day be possible – or what could have been possible in a world that never succumbed to the scourge of colonization and imperialism – is critical to survival for oppressed people.

For centuries, Black lives have only mattered insofar as they could be exploited for profit, and queer and trans Black people have had their rights routinely attacked, their very existences questioned.

With that being the state of the societal systems shaping what’s to come, “a Black future looks like no future at all,” says Professor Kara Keeling in her book, Queer Times, Black Futures. This makes creating alternate visions a necessity for those erased by the violence of the status quo.

In his time, Sun Ra noticed this, called attention to it, and imagined other possibilities through his art.

But he was more than just the Saturn-descended originator of Afrofuturism. In his book, The Execution of Sun Ra, Professor Thomas Stanley describes Sun Ra “as the most celebrated asexual in history.” Perhaps amplified by a premature awareness of asexual erasure, Sun Ra had a keen understanding of America’s attempts to overlook, ignore, and otherwise erase Black people and others that lie outside socially accepted norms.

In his film, Space is the Place, Sun Ra tells a group of Black youth, “You don’t exist in this society,” and he goes on to call Black people “myths.” Aiming to empower Black people, Sun Ra used music to create sonic visions of worlds where their lives were affirmed and their existences uplifted.

Sun Ra unveiled a new arena of what art could unleash. Artists across disciplines crossed the bridges he built. Many would come to use Afrofuturism as a tool to explore queer love stories and alternative futures.

Writers like Samuel Delany and Octavia Butler use literature, as Kara Keeling puts it, as a “medium through which to forge new ideas and speculative possibilities for gendered beings, alternative sexualities, and technologically enhanced futures.”

Delany was certainly never shy about discussing his sexuality and incorporating gay love into his work, and Butler frequently included queer themes in hers. But the queerness of her own life is less definitive.

Butler was a sci-fi phenom. She was one of the first published Black female sci-fi writers, and Ytasha Womack recognizes Butler as “the third point in the Afrofuturism trinity.” Butler in many ways popularized Afrofuturism in literature, and she was the first sci-fi writer of any race or gender to win a MacArthur “genius” grant for her work.

That said, while many have identified Butler as a lesbian icon – including Slate, the Guardian, and LGBTQ Nation – Butler never publicly came out as gay. In fact, quite the opposite.

In an interview with Larry McCaffery and Jim McMenamin published in the 1991 book Across the Wounded Galaxies, Butler said she had once questioned her sexuality and twice visited a support group at the Gay and Lesbian Services Center “at which point I realized. Nope, this ain’t it.”

So, although posthumously proclaimed a lesbian, it would appear she was anything but. However, in that same interview, Butler went on to say “trying to meet Mr. or Ms. Right or whatever simply doesn’t appeal to me,” which seems to suggest she, like Sun Ra, may have been asexual and a member of the broader alphabet mafia.

Her own sexuality aside, Butler’s work actively explored queer forms of love, most notably in her Xenogenesis Trilogy (a.k.a Lilith’s Brood). The trilogy centers a polyamorous, interspecies relationship between humans and aliens and the children they bear.

It also interrogates the different expressions of love and connection that emerge in such an environment. There are non-blood, extended family networks. There are interspecies male children who, after puberty, exist as perpetual wanderers, falling in love and having children with multiple partners as they travel – though there’s no shame in this; they’re not seen as deadbeat dads by any means.

Similar queer themes arise in Butler’s Earthseed Duology as the main character establishes an intentional community within which chosen family networks form and nontraditional relationships arise. Above all, the central theme of Earthseed is the same as Afrofuturism’s: With adequate intention, foresight, and imagination, the direction of change can be shaped toward justice.

Following in the footsteps of these giants, queer Black artists like adrienne maree brown (amb), Jake Blount, and Janelle Monáe are guiding a new generation of Afrofuturism. In recent years, amb has edited the Afrofuturist anthology Octavia’s Brood and published her own novel, Grievers, which centers a young Black lesbian seeking ways to survive in the aftermath of an epidemic sweeping through Detroit’s Black community.

Meanwhile, Monáe – who identifies as nonbinary and pansexual – has created an entire musical universe that uses androids as an analogy for oppressed people, and in the “emotion picture” that accompanied her latest album, Dirty Computer, she says, “You were dirty if you refused to live the way they dictated.” In that same project, Monáe released the song “Make Me Feel,” which was heralded by many as a “bisexual anthem.”

And then there’s Blount, who has taken a “genrequeer” approach to folk music. In his latest album, The New Faith, Blount reimagined Black spirituals – woven with spoken word – into an Afrofuturist folklore of a climate-changed world that will give you chills.

His album even features an allusion and homage to Octavia Butler in “Parable.” Despite the grim picture he paints in the album, it offers clear lessons for our present and our future. In “Psalms,” for example, he says “Every life has an ending. Every human being will have a final day. How shall we endeavor to meet ours? Knowing that we have done what is right.”

As Keeling describes, artists like amb, Monáe, and Blount use their work to “ignite existing yearnings to imagine, and moreover to enact, another world here now in this one.”

The stories they tell through words, music, and images operate in much the same way Audre Lorde describes the power of poetry. In Poetry is Not a Luxury, Lorde writes, “Poetry is the way we give name to the nameless so it can be thought.”

Similarly, Afrofuturism is a way to imagine the unimaginable so it can be made real.