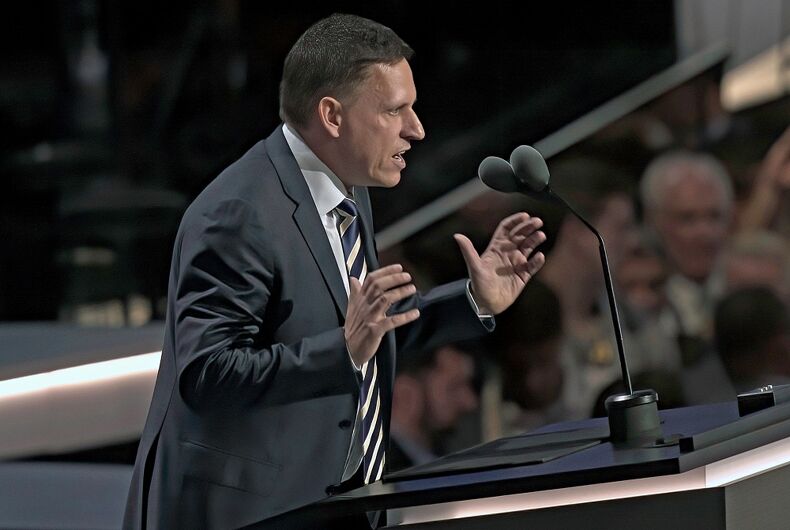 He played an important role in bringing Sen. Ted Cruz (R-TX) onto the national scene, and in 2016 he was one of Donald Trump’s biggest supporters and donors. In the current political cycle, Thiel has been bankrolling such right-wing candidates as J.D. Vance and Blake Masters, both Senate candidates and both Thiel proteges.

So how can Thiel best proclaim his commitment to America and the changes he wants to make here? By seeking citizenship in Malta. The way some people collect stamps in their passports, Thiel is collecting citizenships.

According to The New York Times, Thiel is looking to add Malta to his list of homelands. Thiel is already a citizen of the United States, although he was born in Germany.

In 2017, he acquired (some would say bought) citizenship in New Zealand after donating $800,000 to a local charity. Furious locals noted that Thiel didn’t meet any of the requirements for citizenship, such as spending 70% of the past five years there. In fact, Thiel had only visited the country four times.

Now Thiel wants to add Malta to his list of home countries. Thiel has cited a two-bedroom apartment as his residence, which seems fairly downscale for someone who had been trying to build a luxury lodge at a ski resort in New Zealand. Right now, Thiel’s nominal Maltese home rents for 185 Euros a night on Airbnb.

Exactly why Thiel would want to hedge his bets with a Maltese citizenship are hard to understand. It’s not as if the tiny island country offers a lot of tax benefits. It’s not the Mediterranean equivalent of Silicon Valley. With a population of just north of 500,000, it’s never going to be a world financial center.

However, Maltese citizenship is sought after among certain class of Thiel’s peers. Wealthy Saudis, Russians and Chinese like to have Maltese citizenship to gain access to the European Union and to have an out in case things get a little too stressful in their native countries.

If you have the money, it’s easy to become a Maltese citizen. You just fork over 750,000 euros (about $729,000), keep a residence for 12 months while you wait and five years after you are approved, and you’re good to go. You don’t ever have to live there or even rent an Airbnb.

Thiel and his husband apparently have some business investments in Malta, which may have sparked Thiel’s interest in citizenship. However, for someone who is throwing millions of dollars into the American political system – which he has famously denigrated as incompatible with freedom – the move is either incredibly cynical or emblematic of a weird lack of commitment to country Thiel’s trying to change.

Indeed, Thiel seems to be looking at politics as a kind of venture capital investment, while the rest of us see it (properly) as a matter of our rights being on the line. He doesn’t have the same “America: Love it or leave it” mentality that the MAGA universe does In fact, his multiple citizenships show that he’s not committed to the U.S. even as he’s trying to change it drastically by investing in anti-LGBTQ candidates, like Blake Masters.

Thiel’s wealth insulates him from any of the downsides of his right-wing investments but so do his multiple citizenships. He will never have to suffer the ramifications of the policies his candidates back.

The U.S. can change in ways that he wants, and he can always hang out in New Zealand or Malta, or whatever country he wants to become a citizen of next. The rest of us aren’t that lucky.