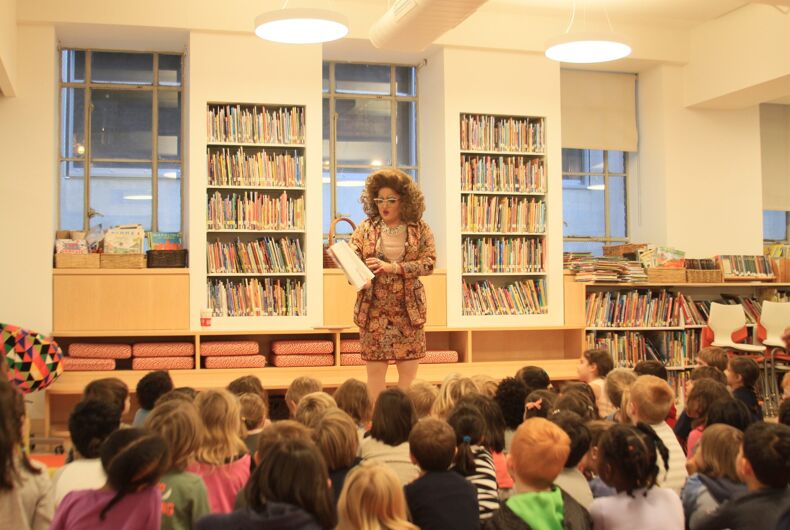 The president of Idaho Family Policy Center has promised that a bill banning drag performances from all public venues will be introduced at the beginning of the state legislature’s next session in January. Blaine Conzatti told the Idaho Capital Sun that the bill has been drafted, but he declined to share its text and would not name the legislators who worked on it.

But a petition circulated by the Idaho Family Policy Center ahead of Boise Pride in September demanding lawmakers prohibit drag performances in public spaces may provide a preview of the language used in the bill. It cited a section of the state’s constitution that says that the “legislature should further all wise and well-directed efforts for the promotion of temperance and morality.”

“According to the Idaho State Constitution, the state legislature carries the responsibility of enacting legislation that promotes morality, public virtue, and the purity of the home,” the petition states. “Therefore, we call on our state lawmakers to implement legal reform that would prohibit drag performances in public places where children are present.”

“There were many Supreme Court decisions from the 19th century dealing with public virtue and how sexual practices should not take place in public because it degraded public virtue,” Conzatti told the Idaho Capital Sun.

Conzatti, whose group has been involved in protests against events like drag queen story hours at public libraries, echoed pervasive online misinformation about drag, characterizing it as a sexualized caricature of gender and comparing it to blackface.

“No child should ever be exposed to sexual exhibitions like drag shows in public places, whether that’s at a public library or a public park,” he said.

He also cited a performance at a Pride event in Coeur d’Alene this summer, in which a drag performer was accused of exposing himself onstage. Video of the performance that circulated on right-wing social media was later shown to have been doctored, and the performer, Eric Posey, is now suing blogger Summer Bushnell for defamation.

On Twitter, Alejandra Caraballo of Harvard Law School’s Cyberlaw Clinic criticized the proposed bill saying that it could effectively criminalize being transgender or gender non-conforming in public.

“This is exactly what the Stonewall riots were about. The police raiding gay bars and arresting drag queens and trans people for not wearing clothes associated with their sex assigned at birth,” wrote Caraballo. “That’s effectively what the Idaho Family Policy Center wants.”

This is exactly what the Stonewall riots were about. The police raiding gay bars and arresting drag queens and trans people for not wearing clothes associated with their sex assigned at birth. That's effectively what the Idaho Family Policy Center wants.

Idaho’s House of Representatives has passed multiple anti-LGBTQ bills already this year. In March, they passed H.B. 666, which would allow librarians to be prosecuted for “disseminating material that is harmful to minors.” That same month, they passed legislation that would make it a felony for parents or doctors to provide gender-affirming care to minors.

Last month, ahead of Boise Pride, Idaho Republican Party Chairwoman Dorothy Moon led a pressure campaign to get corporate sponsors to withdraw their sponsorship of the event.

But Boise Pride Executive Director Donald Williamson expects major pushback if Conzatti’s bill is introduced next year. He urged opponents of the legislation to “show up and show out huge, not only when we see this legislation, but any legislation that’s targeting anybody that’s hateful or hurtful and is going to affect vast swaths of the population in a negative way.”