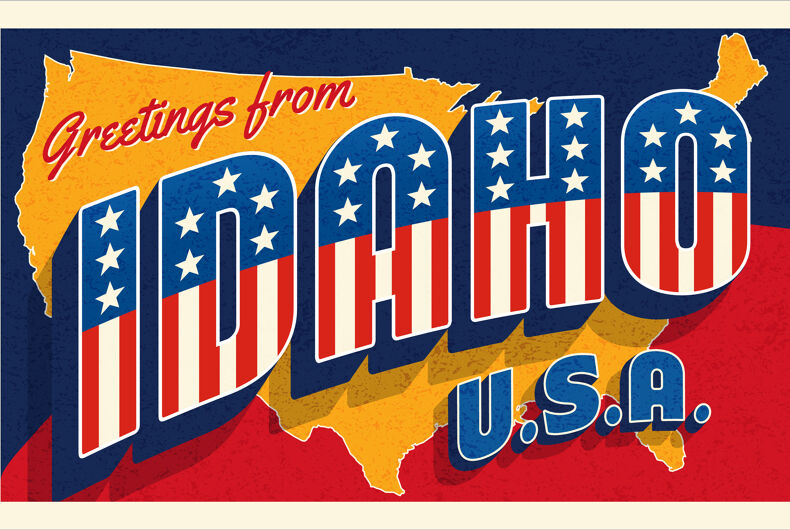 Idaho’s House of Representatives has passed a Russian-style bill that could jail librarians if they allow minors to check out “objectionable materials.”

The bill is similar to Russia’s “gay propaganda” law that allows librarians, teachers, bookstore owners, and students to be prosecuted for disseminating anything that portrays LGBTQ people in a positive light or even broaches the subject.

The bill would remove an exemption that protects libraries, schools, museums, colleges and universities for “disseminating material that is harmful to minors.” It would allow employees to be prosecuted for breaking the law.

Russia’s “gay propaganda” law, signed by Putin in 2013, prohibits the distribution/marketing of any LGBTQ content to minors and has had a chilling effect on LGBTQ citizens. The latest Sims video game expansion has been banned in the country because it includes the ability to have a same-sex wedding and movies are regularly censored to remove LGBTQ characters or queer moments.

“We are simply asking that those that are responsible for the materials in our libraries or in museums or the other places that are listed in this code, are handled sensitively and responsibly,” Rep. Gayann DeMordaunt (R) said. “There needs to be more vigilance, period.”

While supporters of the legislation didn’t point to any specific ways that the material could be deemed “harmful,” the only books mentioned were about LGBTQ topics.

“How in the world is any librarian facing potential criminal sanctions going to know,” House Minority Leader Ilana Rubel (D) said. “It is very unfair to our librarians and educators to ask them to operate in a world where they have no idea what is legal and what is not and what will send them to jail and what will not.”

But Rep. Bruce Skaug (R) may have summed up the disgusting motivation behind the bill. It isn’t about safety – it’s about persecuting LGBTQ citizens.

“I would rather my 6-year-old grandson start smoking cigarettes tomorrow than get a view of this stuff one time at the public library or anywhere else,” Skaug said.

The bill goes to the state senate next for consideration. Both chambers have a supermajority of Republicans who are able to pass legislation without any Democratic support.