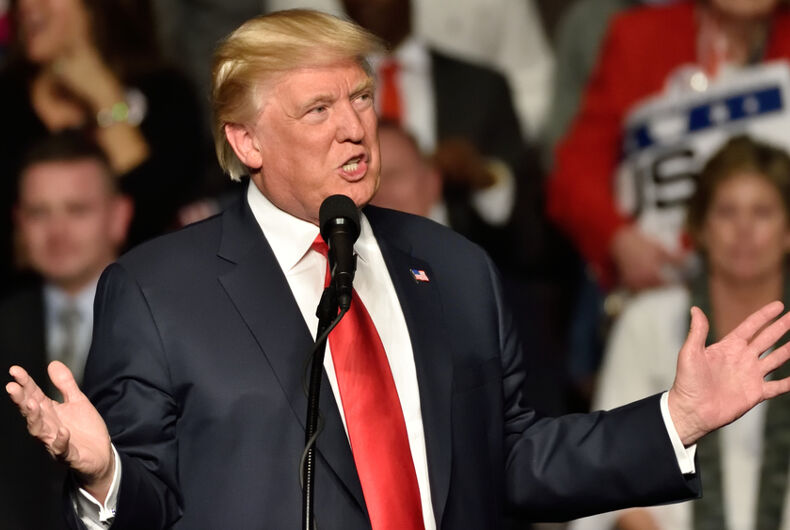 Donald Trump justified Russia’s prosecution of out WNBA player Brittney Griner, saying that she was “loaded up on drugs” and is a “spoiled person.”

Griner, 31, who plays for the Phoenix Mercury, was arrested at Moscow’s Sheremetyevo airport this past February because she had less than a gram of cannabis oil in two vape cartridges in her luggage, just before Russia’s invasion of Ukraine. She is being tried on international drug-smuggling charges and could be sentenced to ten years in a penal colony.

The Biden administration reportedly offered a prison exchange to get Griner out of Russia; the U.S. would hand over arms dealer Viktor Bout – who has served 11 years of a 25-year sentence in the U.S. – and Russia would give Griner and Paul Whelan, a corporate security director who was arrested in 2018 in Russia and is serving a 16-year sentence for allegedly spying.

The Biden administration has maintained that both Griner and Whelan are “wrongfully detained and must be allowed to come home.”

Trump criticized the deal during an interview at his Bedminster golf club on Friday, saying Griner “went in there loaded up with drugs into a hostile territory where they’re very vigilant about drugs. They don’t like drugs.”

“And she got caught. And now we’re supposed to get her out — and she makes, you know, a lot of money, I guess,” Trump said, even though the reason Griner was in Russia in the first place was because she was supplementing her WNBA income by playing for a Russian team.

“We’re supposed to get her out for an absolute killer and one of the biggest arms dealers in the world,” Trump said. “Killed many Americans. Killed many people. And he’s gonna get a free card and we’re gonna get her.”

“She knew you don’t go in there loaded up with drugs, and she admitted it,” Trump said, referring to Griner’s guilty plea, which Trump assumed she made “without too much force.”

Bout, according to Trump, is “absolutely one of the worst in the world, and he’s gonna be given his freedom because a potentially spoiled person goes into Russia loaded up with drugs.”

Griner pled guilty last month as her trial at a court in Khimki began, but told the court that she accidentally packed the two oil cartridges.

“I’d like to plead guilty, your honor. But there was no intent. I didn’t want to break the law,” she told the court.

Griner pled with President Joe Biden to get her out of Russia.

“I miss my wife! I miss my family! I miss my teammates! It kills me to know they are suffering so much right now. I am grateful for whatever you can do at this moment to get me home,” Griner wrote.