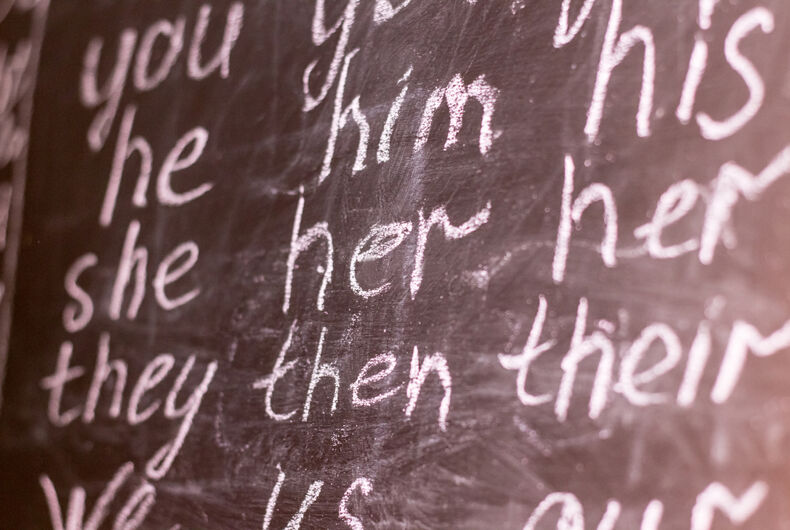 A school district in southeastern Wisconsin is telling teachers that they’re no longer allowed to put their pronouns in their email signatures, display Pride flags in their classrooms, or even wear clothes with rainbows because they make people “uncomfortable.”

The Kettle Moraine School Board voted on the policy last week, with proponents saying that political and religious messaging don’t’ belong in schools.

“The expectation is that teachers and administration will not have political flags or religious messaging in their classroom or on their person. This expectation includes Pride flags,” Plum said. He also said that Black Lives Matter and Make America Great Again (MAGA) signs are included in the ban.

“I’d like them [teachers] to stay to the academic portion of it and any political views should stay at home at the dinner table,” parent Renee Brinkman told WISN.

Plum made it clear that the policy includes pronouns in teachers’ email signatures, suggesting that the district isn’t concerned as much with how the students will perceive the “political” messages as they are with how parents will react to them.

One board member, Jim Romanowski, disagreed with the policy, saying that students should be exposed to ideas that they’re going to see in the world.

“With regard to political expression,” he said, “I believe it is a huge mistake to think that we need to insulate our high school students from political expressions. Our students are fully capable of exercising their critical thinking skills to sort through the noise of partisan politics and make up their own informed choices.”