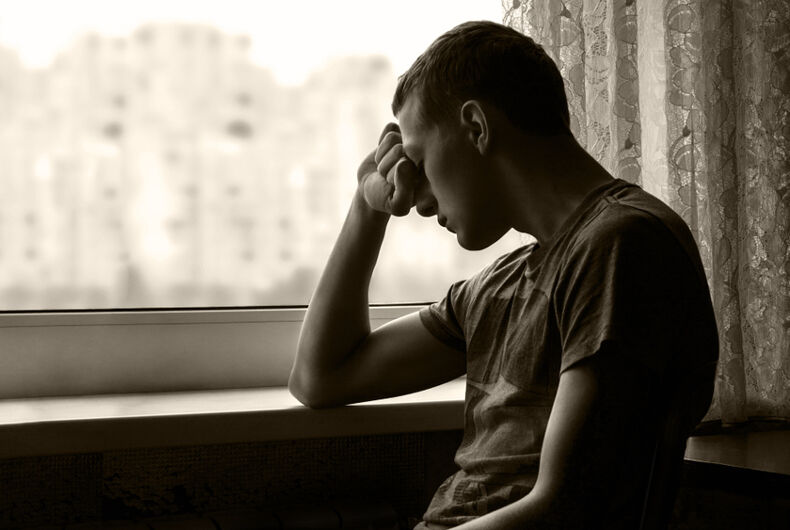 Justine is a senior in high school who can’t wait to graduate and get out of her small town, fast. For most of the 16 years she spent as Justin, she was ridiculed and bullied for being “girly,” and since coming out as trans last year, things have only gotten worse. The taunting at school has escalated, and her dad refuses to acknowledge her. She feels rejected, unwanted and ashamed.

She’d taken up smoking weed and drinking years ago to cope with the depression, but recently began buying pain pills from a dealer in town and often washes them down with vodka. She’s contemplated swallowing a whole handful of pills to put an end to her misery, but she can’t afford that many at once.

Substance Use Disorders (SUDs) are a serious problem among the LGBTQ community, with LGBTQ adults almost twice as likely to suffer from SUD as their heterosexual peers. And just like in Justine’s case, SUDs often begin early as LGBTQ youth struggle to find their place in the world.

Many of the same stigmas LGBTQ individuals face on a daily basis are also the reasons they don’t get treatment. These barriers often lead to overdose and an increased risk of suicide. In fact, nearly half of LGBTQ youth have considered suicide in the past year and roughly 1 in 6 made an attempt, with young people ages 13-17 especially at risk.

These barriers—both internal and external—are the leading forces preventing LGBTQ individuals from getting the treatment they need.

Overcome Barriers by Reaching Out

All of us—providers, friends, family, and even employers—can work together to overcome barriers to treatment for the LGBTQ community by becoming an ally in making it easier to access SUD and mental health programs. Here are four suggestions:

Enabling access to high-quality, inclusive SUD treatment for everyone must be a top priority. By working together to tear down barriers to treatment for both mental health and addiction, we can provide a safe environment for LGBTQ individuals and save lives.