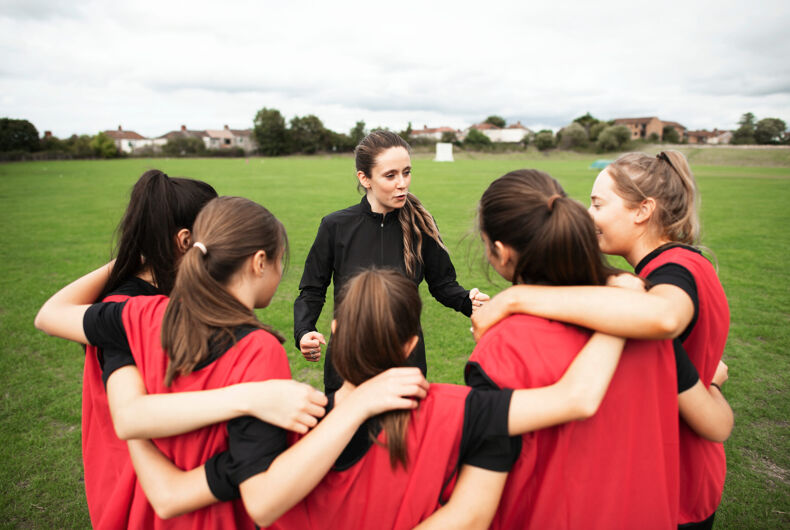 A group of 22 state attorneys general filed a lawsuit against the Biden administration yesterday in order to force the Department of Agriculture (USDA) to give school meal money to states that discriminate against LGBTQ students.

The case involves a rule promulgated by the USDA in May that said that states that participate in the school meal program have already agreed to follow federal civil rights law, which includes Title IX, which bans discrimination on the basis of sex in education. The Biden administration has interpreted Title IX to also ban anti-LGBTQ discrimination, since it’s impossible to discriminate on the basis of sexual orientation and gender identity without taking sex into account.

In a statement, Tennessee Attorney General Herbert Slatery said that the USDA overstepped its authority in issuing the rule and infringed on states’ rights to ban transgender students from participating in school sports or require schools allow trans students use the appropriate restroom.

“This case is, yet again, about a federal agency trying to change law, which is Congress’ exclusive prerogative,” Slatery said in a statement. “The USDA simply does not have that authority.”

The USDA did not say that school lunch funding would be withheld if states don’t comply with civil rights legislation. Instead, it said that cases would be referred to the Department of Justice.

Earlier this month, a Trump-appointed judge temporarily blocked the implementation of similar guidance from the EEOC and the Department of Education in a lawsuit involving another group of attorneys general from over 20 states.