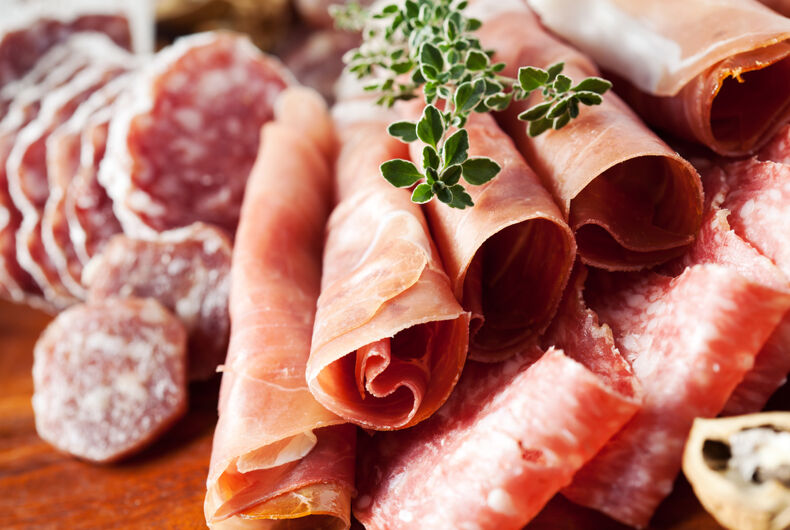 An Alberta gourmet meat company has come under fire for a transphobic email sent by its president.

Canmore Pride requested a donation for its fall rock climbing and barbeque event. Jeff von Rotz, who identified himself as an owner of Valbella Gourmet Foods, wrote on Tuesday that the event would support “child-grooming tr***y’s.”

“I’m sorry to say but you could not pay me enough to sponsor anything to do with child-grooming tr***y’s. Please keep these sick people away from the children of this community. You should be disgusted with yourselves.”

“I’m sure there’s some woke organization mentally ill enough to help you with your event, but it isn’t Valbella’s.”

“Grooming” refers to a set of techniques used by predators to gain access to children for sexual abuse and to keep from being discovered.

*trigger warning* – I’m livid. I just reached out to Canmore Pride to confirm this is real, and they did in fact receive this from Valbella Gourmet Foods in response to a donation request for a Pride BBQ they’re holding this September. You bet I’ll be there. pic.twitter.com/wpuVYAKO05

“I was not expecting a reply like that,” said Canmore Pride co-chair K Kealy, who sent the initial request. “I know there are people who are homophobic, transphobic and that type of thing. To be that outwardly, almost proudly transphobic is super sick and just so disappointing and shocking.”

The company, located in the town of Canmore, faced backlash on social media and calls for a boycott after the email was made public. Several businesses, including the Banff Centre for Arts and Creativity, confirmed that they were pulling Valbella’s products and cutting ties with the company.

Following the recent communications that were made public within the Bow Valley community and Valbella Gourmet Foods today, Banff Centre has chosen to remove all Valbella products from company operations and will seize any business relations.

We are saddened and disappointed to learn of the hateful remarks made by Valbella, particularly as we are dedicated to fostering an inclusive and safe environment.
EFFECTIVE IMMEDIATELY: We will no longer work with, or purchase from, Valbella.

“We have pulled all their product from our shelves and cancelled existing orders,” said Blush Land Organic Market CEO Rob Horricks in a statement. “Our team is reaching out directly to Valbella to confirm their position and will make a decision on future sales once that investigation is complete.”

Valbella responded on Tuesday, saying that Jeff von Rotz, who is the son of the company’s founders Walter and Leonie von Rotz, had been fired.

“The owners and leadership of Valbella Gourmet Foods expresses its deepest apologies to the Canmore LBGTQ+ community for an intolerant email that was sent earlier today by one of our former team members,” Chantal von Rotz wrote in a statement posted to the company’s Facebook and Instagram accounts.

“Jeff von Rotz, while he used the title, is not an owner. He held the official title of President. Effective July 26, 2022, he was terminated from his employment and no longer has any role or interest in the business,” the statement continues. “We are deeply sorry for the hurt this has caused the LGBTQ+ community and will be working to ensure out company advances the values of equity, diversity, and inclusion in our business and the community.”

Kealy, however, still has questions.

“As a family business… how will he no longer be profiting from the business?” the Canmore Pride co-chair told Canada’s Global News. “What are they doing to support their staff right now?”

“I always knew the owner and a lot of the people who work [at Valbella] are pretty conservative, but I had no idea this is how far it went,” said one current Valbella employee who wished to remain anonymous. “He could have just said no, or made up an excuse. That’s so much better being hurtful and throwing slurs at people.”

Matt Gaetz body-shamed a queer teen. She used the publicity to raise $168K for abortion funds.