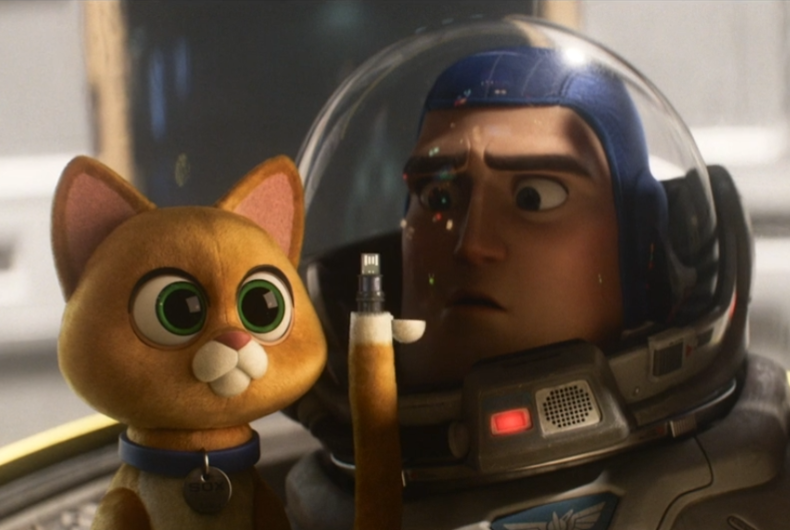 Pixar’s Lightyear will not be playing in Saudi Arabia, the U.A.E., and Kuwait, among other west Asian nations, due to a scene depicting a same-sex kiss in the Toy Story spinoff. The scene was originally removed due to unknown reasons by Disney; however, after Florida approved the “Don’t Say Gay” bill, the scene was reinstated.

The scene involves a new lesbian space ranger character named Alisha and her partner starting a family together and greeting each other with a kiss on the lips. That is the reason why the film is banned.

Related: Malaysia theater to defy censors and show unedited ‘Beauty and the Beast’

Lightyear, set to release in U.S. theaters on June 17, was never submitted to censors in Saudi Arabia, knowing that it would not pass. But in a surprise twist, the film had instead been initially approved for release in the U.A.E., where censorship restrictions have been loosening up.

However, in a significant setback, the license to play the film in the U.A.E. was suddenly revoked following calls on social media accusing Disney and Lightyear of insulting Muslims and Islam.

Censorship in Saudi Arabia has also recently kept local audiences from watching Marvel’s Doctor Strange in the Multiverse of Madness due to the inclusion of an LGBTQ character. Doctor Strange isn’t the only Disney movie that has been banned in recent years.

Marvel’s Eternals was also recently banned when Disney refused to make edits that included a same-sex kiss between two LGBTQ characters. Also, West Side Story was banned because it features a transgender character. Another major banned movie from Disney was the live-action Beauty and the Beast which featured a “gay moment.”

Beauty and the Beast and now Lightyear made a major stir in West Asia. In the West Asia region, movies concerning or containing sex, homosexuality, and religious issues are routinely cut to comply with censorship rules. In this case, Disney was either unwilling or unable to make edits requested by local censors.

It has also been confirmed that the film will also not be released in Malaysia. The country’s censorship authority, the LPF, takes a strong stance against any film containing themes, dialogue, or scenes involving “homosexual and unnatural sex.”

The LPF asked for edits to the film and Disney refused. Sources close to the distributor say that Disney respects local censorship guidelines and has withdrawn its attempt to have the film approved by the country for theatrical release.

The film may soon appear on their Disney+ Hotstar streaming service where parental controls are available. Audiences could still see the film, but they won’t see it in theaters.

Malaysia has recently had similar issues over LGBTQ scenes in Fantastic Beasts: The Secrets of Dumbledore and the Elton John biopic Rocketman.

Does the word “bad” have homophobic roots?